iPhone XS, Pixel 3 Get Knocked Out In Very First Round Of 16-Phone Blind Camera Test [Video]

Just when you thought you knew how smartphone cameras as the opinions of the internet worked, YouTuber MKBHD has managed to prove most wrong. Keen to see which smartphone camera was the best, the said YouTuber took 16 smartphones from the last couple of years and set about a blind test, pitting phones against each other and asking Instagram and Twitter followers to vote on which images were best.

The results didn’t turn up as expected. 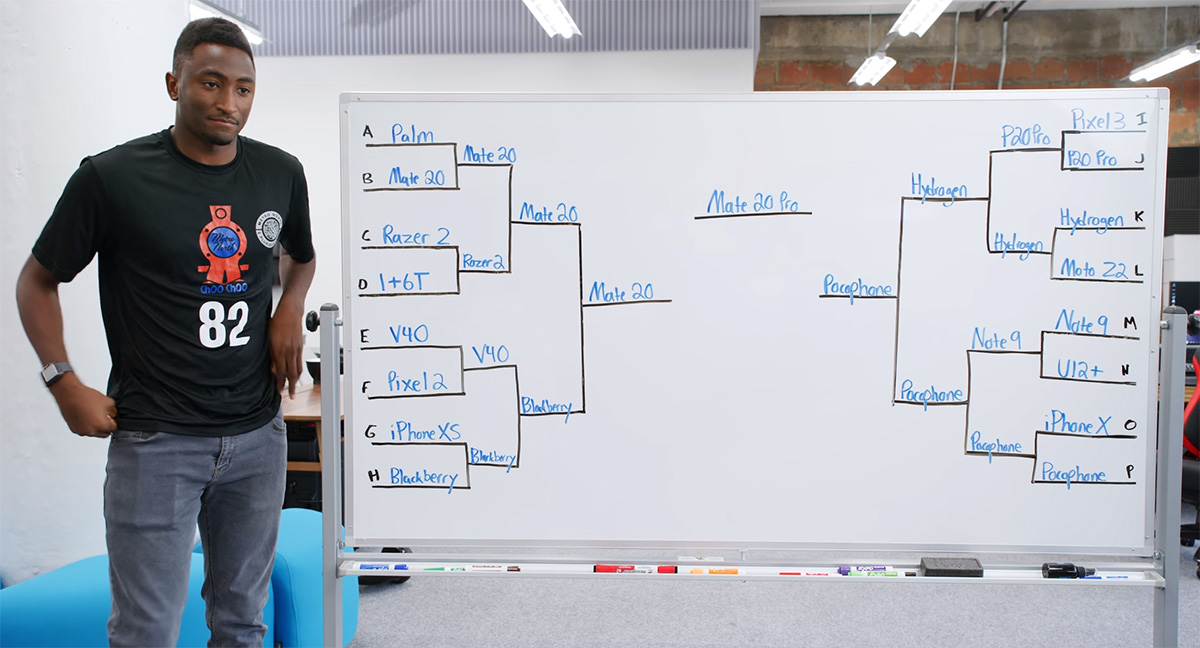 With the likes of the Pixel 2, Pixel 3, iPhone X, and iPhone XS Max involved, it was expected that the winner would be a familiar name, but as it turned out, the ultimate winner was the Huawei Mate 20 Pro. In fact, the iPhones both lost in the first round, beaten by the BlackBerry KEY2 and Pocophone F1, while the Pixels also fell at the first hurdle. So, what gives?

As the video points out, it seems that most people voted for the images that were better exposed rather than those that had better overall quality, more detail, etc. In some of the examples, phones that won or made it to the later stages of the competition were clearly producing less detailed images than those that didn’t make it past the first round, but they were brighter, more colorful images and so were chosen by people voting.

If anything, this shows us that perhaps phone makers that have their phones produce overblown images rather than accurate ones might actually be on to something, although we don’t expect the likes of Apple and Google to start doing the same thing any time soon.

Be sure to check the full video out to see how things went down.