The ‘Tesla’ iPhone X By Caviar Is Solar-Powered And Is Now On Sale For $4,500

Apple’s stock iPhone X is far from a cheap affair but there are actually ways to spend more than the standard Apple asking price for such a device. One of those ways is via Russian accessory maker Caviar, a company which specializes in taking iPhones and making them somewhat special.

Its latest creation is the Tesla flavored iPhone X, selling at $4,500 with the first one off the production line set to be offered to Elon Musk for obvious reasons. 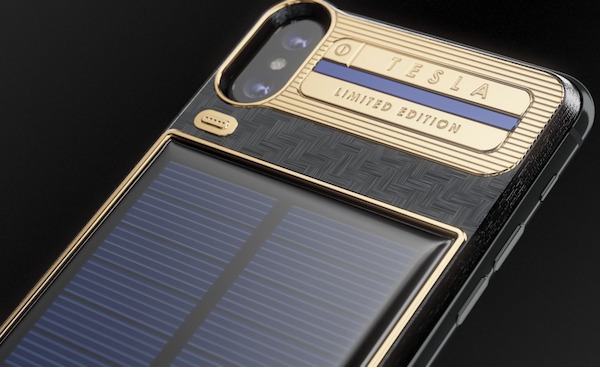 Originally announced back in November of last year, the iPhone X Tesla will be the first to come out of Caviar which includes a built-in solar panel on the back. This panel feeds into the dedicated battery which can then in turn charge the iPhone X’s own battery at the touch of a button.

While it may be difficult to tell from the photos, this does not appear to be a case but rather that the Tesla magic is physically attached to the iPhone itself. The increased thickness from the iPhone’s stock 7.7mm to 16.2mm is a definite negative here, but if you want to be able to make sure that your iPhone is constantly charged no matter how far you are from a power point then this is certainly one way of doing it if you have the means to get your hands on one. 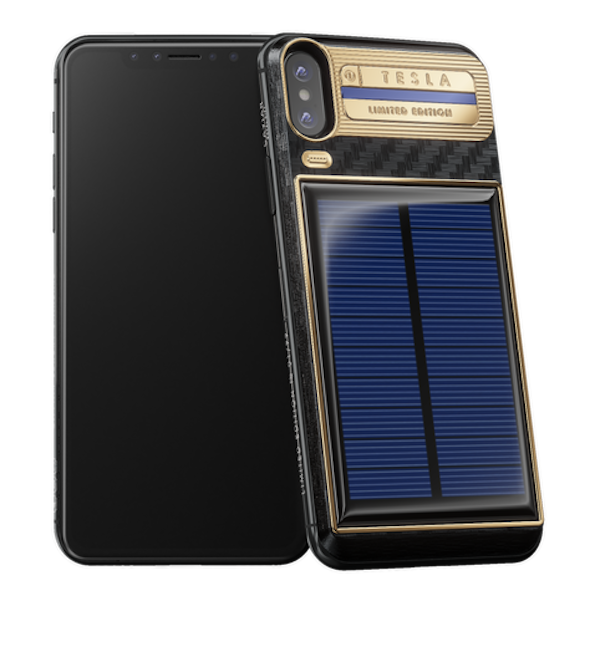 Caviar says that it originally planned to sell just 99 units when it first announced the device but given the popularity if pre-orders that has now been increased to 999, an increase that should see the company turn a tidy sum of money. 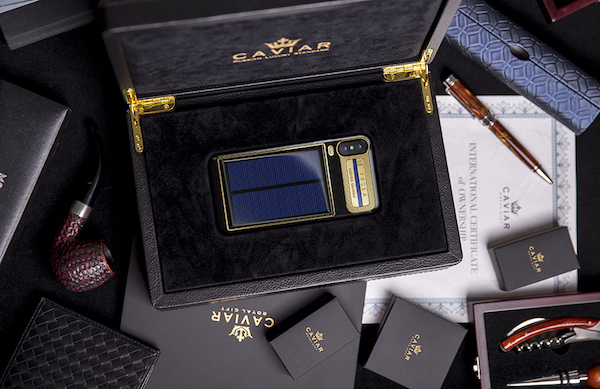