Apple’s iPhone has been coming for a lot of praise over the last few days. Owners have taken to social media and various forums to compliment Apple and its most recent flagship on the stunning display and the utter perfection of the Face ID experience. However, it’s not all praise coming from all corners with SquareTrade putting the hardware through a number of drop and durability tests, resulting in the firm calling iPhone X “the most breakable, highest-priced, most-expensive-to-repair -iPhone, ever.”

It doesn’t matter how many times you read it, referring to something as highly breakable, highest-priced, and outlining just how expensive it is to repair after that inevitable break, makes for a bleak reading. Especially for those who are prone to the partial slip or fall and who have history breaking smartphones. 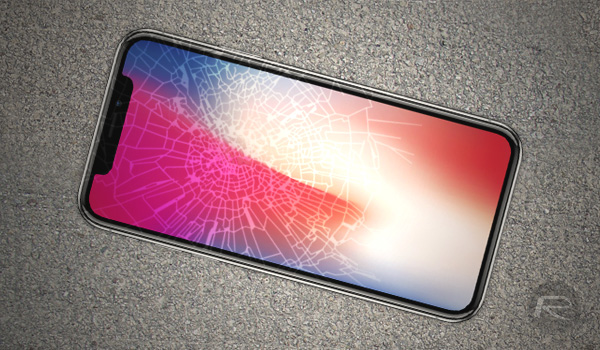 The conclusion has been reached by SquareTrade after it took the iPhone X and put it through a variety of tests to see if it’s made of stern stuff, or it would simply crumble and fall to pieces when dropped or put under adverse pressure. One of the first tests was to drop the iPhone X from a height of approximately 6 feet on its side. The device’s OLED display may be stunning, and one of the key focal points for many individuals complimenting the device, but 6 feet was enough to make the display malfunction, with a front drop from the same height enough to shatter the display and cause the excellent Face ID to entirely fail. And, of course, dropping the hardware from the same height on its back was enough to shatter the back glass panel.

The tests seem to tell us everything that a person with common sense would already know; that a glass product, gravity, and a sudden hard surface simply do not mix.

Granted, the level of damage suffered from these tests is more than on other devices, and other iPhone models for that matter, leading the iPhone X to be given a Breakability Score of 90, but does it really come as a surprise that a smartphone made entirely of glass will suffer damage when purposely crashed into concrete?

By comparison, the same tests resulted in Samsung’s Galaxy Note 8 awarded a Breakability Score of 80, Apple’s iPhone 8 Plus a score of 67, and iPhone 8 a score of 74. These aren’t exactly scientific tests (though more scientific than casual drop test videos of iPhone X that we have seen before). There will always be individuals who regularly drop their iPhone X with nothing but cosmetic marks, but the fact remains that if you do manage to destroy your device then it is going to be expensive to repair.