iPhone 8 Plus And Galaxy Note 8 Tied On DxOMark Camera Ranking, But iPhone X May Have Its Say Soon

Apple’s recently released iPhone 8 Plus found itself atop DxOMark’s camera quality leaderboard following its release a couple of weeks ago, but now it will have to get used to having a noisy neighbour in the shape of the Galaxy Note 8 from Samsung after it too scored the same 94 score as Apple’s flagship.

Before we go any further, it is important to remember that the DxOMark scores, while giving the air of scientific fact are anything but, and as a result should only be taken as a guideline rather than be used as the reason to choose any smartphone over another. Will a camera receiving a 94 score shoot better images than one with a score of 90? Possibly, but everything is a little more nuanced than that. 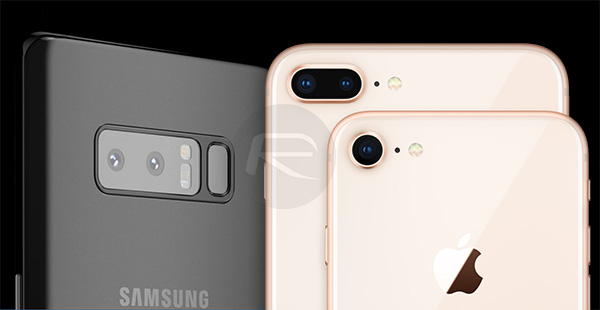 With that out of the way, DxOMark’s overall score of 94 was made up of an excellent review of still shot taking abilities but with the video camera portion showing that the Galaxy Note 8’s capabilities are not quite up to par with the iPhone 8 Plus’s. And this is to be expected as iPhone 8 Plus supports shooting 240fps at 1080p as well as 4K at 60fps – something that no other smartphone can do at this point and only very high-end DSLRs camera have this functionality.

So as far as video is concerned, Samsung’s phone scored 84 points for its video shooting prowess. However, when it came to still images with depth of field, Samsung’s device did better. At least, it did when it actually worked as intended.

Bokeh simulation on the Note 8 does a pretty consistent job in both low and bright light conditions. Its strengths are a strong blur or depth-of-field effect, which can make for some striking portraits.

iPhone 8 Plus though has another trick up its sleeve with Portrait Lighting, something which Samsung’s flagship doesn’t have. 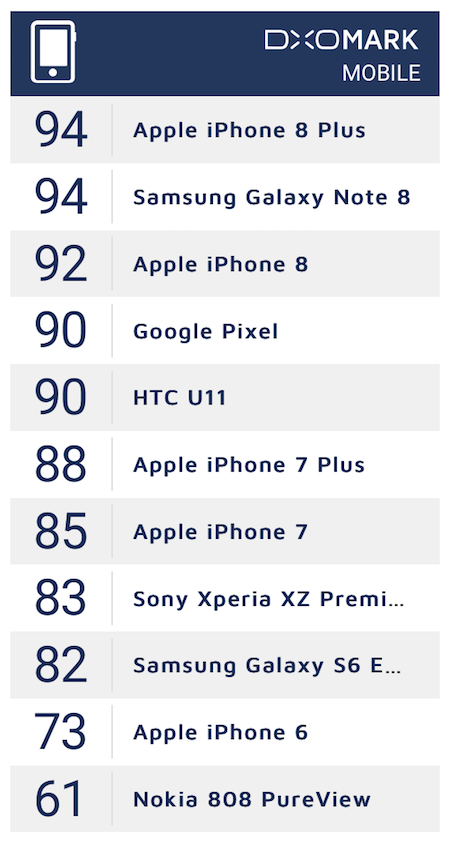 So right now, we have the iPhone 8 Plus and Galaxy Note 8 sitting pretty, albeit together, at the top of the pile. Apple’s true 2017 flagship, the iPhone X, is still to come however and as it features a wider angled lens than other iPhones, as well as dual-optical stabilization as well as that TrueDepth camera module for selfies on front, things should be interesting when DxOMark puts that handset through its paces.