Apple is strongly expected to announce the iPhone 8 at some point within the month of September, and alongside it will be two more iPhones, the iPhone 7s and iPhone 7s Plus.

It is, of course, true that the majority of attention has been lavished on the new, high-end flagship that will be the iPhone 8 but it is important to remember that it is the iPhone 7s and iPhone 7s Plus that will likely be Apple’s best sellers.

New information surrounding the smaller of the two has been shared by German site Giga Apple, which cites sources within iPhone maker Foxconn. According to the site, the new iPhone 7s will be marginally thicker than last year’s iPhone 7, presumably due to the change in materials used. The iPhone 7 features a aluminum body that is being replaced this year by a glass rear panel in order to shoehorn wireless charging capabilities into the lineup.

According to the report, this is the reason the new iPhone 7s will grow in thickness when compared to last year’s product, although the difference will likely be imperceptible to anyone who does not have a tape measure handy. If the numbers shared by Giga Apple are accurate, we can expect the new phone to be around 1mm larger than the iPhone 7.

We can expect a similar growth in height and width of the device too, but there is good news in all of this. The increase in thickness is expected to reduce the camera bump around the back of the phone, although that will be around a quarter of a millimeter so don’t expect to see a night and day change here. 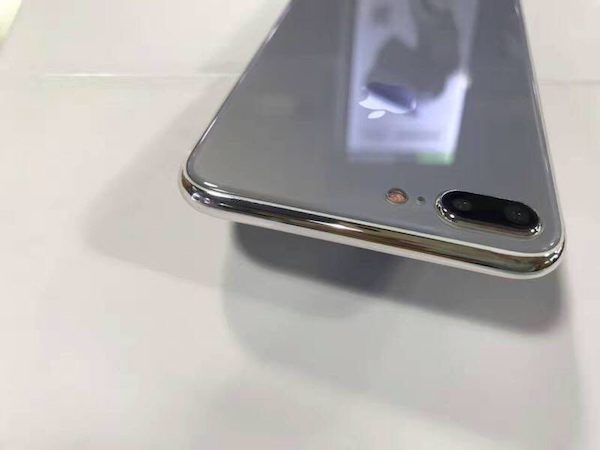 Apple will announce the iPhone 7s and iPhone 7s Plus alongside the flagship iPhone 8 next month, with a release expected to come a week or so after that. All three phones are expected to be released in three colors, including a new Blush Gold finish. The iPhone 8 will be the most visually distinctive of the three, but will also be in short supply according to previous claims by analysts.