Another now-rumored feature for iPhone 5 is Near-Field Communication that Apple is “expected” to have built-in in the next version of iPhone in the form of an NFC chip. 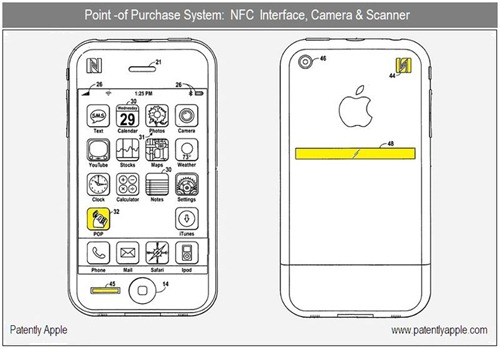 An NFC technology based patent from Apple

NFC is a short-range wireless technology that would allow your iPhone to be used in some very interesting ways.

Consider this, you’re carrying data from your desktop: music, contacts, passwords, system preferences, apps and photos on your NFC-based iPhone 5. You then come in close proximity to an NFC-based Mac that will, on user-approval, pull in required data from your iPhone to make any NFC-based Apple device feel just like your Mac at home. 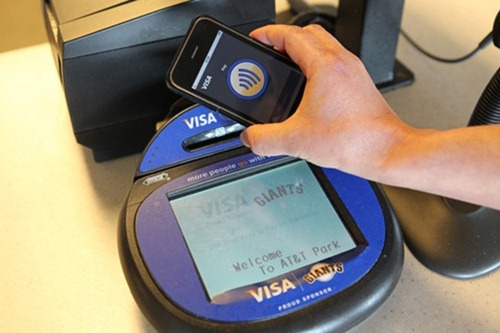 “The Mac authenticates with the iPhone, which contains a lot of the information the computer needs, such as bookmarks, passwords and other data,” said our source, who asked to remain anonymous. “The system would essentially turn any Apple computer into your own — like you’re actually working on your own computer. Same settings, look, bookmarks, preferences. It would all be invisible. Your iPhone would be all you needed to unlock your Mac.”

Our source continued: “Address book would show their contacts, and the user would have full access to their information in the same manner they would if they were working from home. This same behavior extends to even showing the same desktop picture, mouse and keyboard settings, and would eventually extend to software licenses and passwords for websites such as Facebook.

“When a person walks away with their iPhone and away from the communication link with the Mac, the original settings of the Mac would be restored. All communications and storage of passwords stays on the user’s iPhone, leaving nothing stored on the computer.

The original article, though, ends on a sad note. CoM’s source cautions that such technology might never be released.

So what’s the point? Well, there are chances that it might actually end up being real. As Apple seems to be getting ready for the NFC “revolution” after hiring experts on the tech and patenting a barrage of NFC technology. [via Cult of Mac]