The iPhone 5 silicone case which we talked about the other day will no longer be limited to blurry spy-shots as the cases are now available everywhere in China.

The silicone cases that were first seen from the folks over at 9to5Mac are, according to M.I.C. Gadget, now available abundantly in China. They have the exact same design; design which suggests that the iPhone 5 will have a thinner profile, a larger, possibly edge-to-edge display and a tapered design that goes from thick to thin.

Each case costs a very reasonable 30 cents but are only available for bulk purchase meaning you will have to order at least 500 pieces. 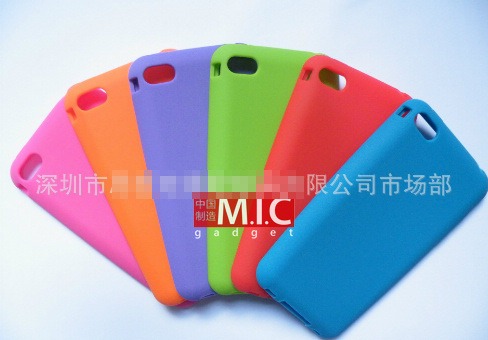 What we are hearing now is that the Chinese case makers are distributing their iPhone 5 cases. Anyone dares to take direct order from them? Distribution price starts from 2 yuan (about $0.30), and you need to buy at least 500 of them! 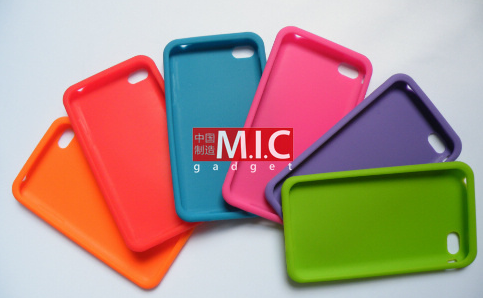 Rumors regarding the release and design of the iPhone 5 are getting stronger and stronger by the day. What started as hopeful predictions from analysts is now seeing reports from reliable, anonymous sources.

iPhoneItalia cited an anonymous senior executive at Swiss wireless carrier Swisscom who claimed that the iPhone 5 would launch in the US on 5th September and, at least in Switzerland, on 5th October.

We also heard a report from BGR which claimed that AT&T is making preparations for the iPhone 5 launch. This was complemented by the news that Apple is increasing staffing for its retail Apple Stores in the United States and the United Kingdom.

The iPhone 5 will certainly come with an A5 processor along with other expected features, double the current RAM and a higher megapixel camera to bring it in line with the current crop of smartphones.

There are also rumors of the next iPhone coming with a larger edge-to-edge Retina Display and a 64GB model.

All in all, the next smartphone from Apple will be powerful enough to take on the likes of the Samsung Galaxy S II, HTC Sensation and the Motorola Atrix; all of which come with dual-core processors, more RAM and a higher megapixel (though not necessarily better) camera.