FBapp For iPhone & Status Via For Android Lets You Update Facebook Status From iPhone 5G, Air Force One, Hogwarts, And More

Those via iPhone, via Blackberry status updates are starting to get boring now. While there is no escaping them since Facebook includes them along with their native apps, you can set yourself apart by customizing the via message.

We talked about how to do this from a web browser last week. If you wish to pull of the same trickery using an Android smartphone or an iPhone/iPod touch/iPad, we’ve got the solutions: Status Via for Android and FBapp for iOS device.

Status Via for Android 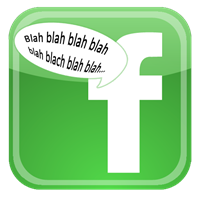 After downloading, installing and launching the app from the link posted at the end, you must log in to Facebook. Once logged in, you can pretend to be posting the status update from any of the 50 supported devices/places included in the app.

From the app’s page on Android Market: 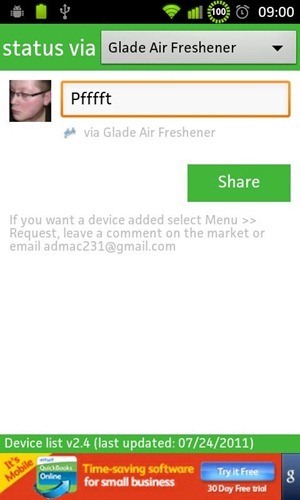 The developer promises to add pretend-places/devices to the app if you leave a nice enough review. Status Via is a free app and it supports all Android devices running versions 1.6 and up. You can download it from the link embedded at the end of the post. 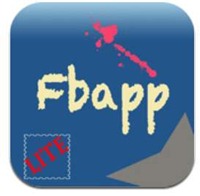 FBApp (pronounced as F-bap, supposedly) lets you pull off the same trickery from an iPhone, iPod touch or iPad. Unfortunately it isn’t as simple to use as Status Via as you will have to manually enter App IDs from the post Oliver wrote. This, however, comes with the added benefit of customizability: once you set up your own app on Facebook, you simply enter its ID on FBapp and update your status from there allowing you have full control over the via <App Name> message.

Those via iPhone, via Blackberry status updates are starting to get boring now. While there is no escaping them since Facebook includes them along with their native apps, you can set yourself apart by customizing the via message.

FBApp is also free. You can download it from the link embedded at the end.

For both apps, this is the end result:

It’s a one time thing, really. I don’t expect people to get fooled over this many times. Still, it’s a nice way to make your friends awe at how you managed to “hack” Facebook.