The Galaxy S II was announced back in February at Mobile World Congress and was released in May to select countries. It is one of, if not, the most well-received Android smartphone to date. Critics have been lauding it for the outstanding experience that it offers on its glorious 4.3” Super AMOLED Plus display with its dual-core 1.2GHz processor and 1GB RAM.

The phone is currently available in black only, but Samsung has announced that a white version is coming too!

The white model will be released in the United Kingdom (sorry, folks of the United States) on 1st September at major carrier retailers.

The difference is of color only, thankfully, so you’ll be getting the same experience as you would from the black model, reaffirming the belief that it is not the color but what is inside that really matters. 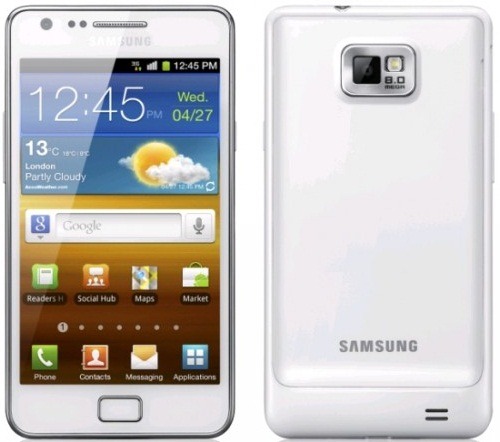 29 July 2011, London, UK – Samsung Electronics Co. Ltd., today announces that following the success of the original Galaxy S II released in May this year, the popular handset will now also be available in white in the UK from the 1st September 2011. The sleek and stylish Galaxy S II is the first handset to offer Samsung’s Super AMOLED Plus screen technology, the largest, brightest and most colourful screen available in Samsung’s portfolio of devices.

Samsung’s Galaxy S II smartphone is the fastest-selling phone in the company’s history, having sold 3 million units in 55 days and then, as we reported yesterday, 5 million units in 85 days. Quite a milestone for a non-Apple smartphone!

It is the fastest Android smartphone available in the market today, having a dual-core CPU clocked at 1.2GHz (overclock-able to 1.5Ghz!) and 1GB of RAM. Its optics also pack quite the punch, having an outstanding 8MP camera that also shoots video at Full HD 1080p. All this is experienced on a brilliant 4.3” Super AMOLED Plus display that really has no equal today.