We’re now just a few short days away from getting our hands on Apple’s latest smartphone, and iPhone 4S hysteria is reaching fever pitch! 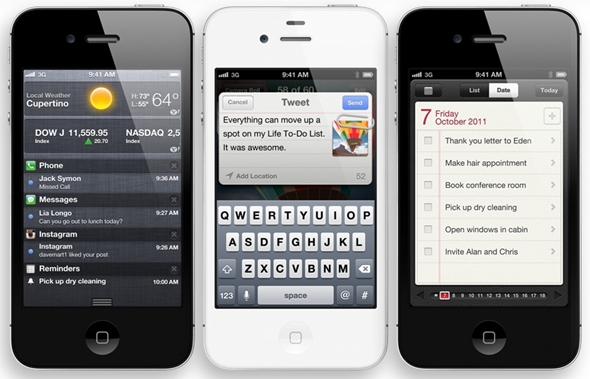 Now that intro may sound a little too much, but it’s quite surprising just how excited people seem to be about getting their hands on the iPhone 4S, and the one feature they all say they’re gasping to get their hands on is Siri, Apple’s new virtual voice assistant.

With that in mind, if you were lucky enough to get your hands on an iPhone 4S before anyone else, thanks to an over-zealous delivery driver, what would be the first thing you would want to take a video of, and then show to the world?

We have to give young Mr. applemastertouch an ‘A’ for effort, but bless him, he’s no professional unboxer, and as such, his video leaves a little to be desired.

Having said that, he does the important bits, showing off how Siri works with a few simple questions, as well as asking the virtual assistant what the square root of 32 is, which results in a Wolfram Alpha page being resented. All pretty neat stuff.

The real fun starts when our budding videographer highlights a couple of comical queries you can ask Siri, one of which we liked in particular.

Apparently, telling Siri ‘I love you’ will result in it saying ‘I hope you don’t say that to other mobile phones, Goran.‘. Very, very cool, and ten points to the Apple software engineer who put that one in there.

Other than that, the video shows off all the usual Siri features – setting alarms, asking for map locations and the like, all with Siri doing as asked without so much as a hiccup.

If you saw this video earlier on today, it would have been accompanied by the young gentleman explaining the features, and you would be able to hear the commands and queries being spoken. If you watch the video now, all that has been replaced by a rather headache-inducing techno soundtrack. The reason, we assume, is because the masses of the internet took it upon themselves to mock his accent, and the way he pronounces words.

To those people, I say this: If you can speak a foreign language or two, well enough to be confident enough to put out a video that countless people will see, then you may, and only may, have grounds to grumble. If not, then please be a little respectful. If you can do better, I expect you’ll be showing us with your brilliance at a later date.

I look forward to it.