The iPad Pro went on sale today, almost stealthily with a lack of fanfare that should probably worry those who are fans of Apple’s tablet devices. Whatever your stance on tablet computers, though, the iPad Pro has to be a machine that has at least caught your attention even if only to reaffirm your belief that you don’t want one. Those that do want to pick up an iPad Pro can, of course, do so right now, and it turns out that the Pro designation isn’t wasted on Apple’s new tablet either, with the machine outpacing at least one of Apple’s notebook computers in CPU tests.

One publication has been putting the new iPad Pro through its performance tests, comparing it with other devices along the way. According to their report, the iPad Pro with 4GB RAM and Dual-Core A9X processor outperforms the current 12-inch MacBook as well as the iPad Air 2 and even the most current iPhones. The iPad Pro, it seems, isn’t slow.

That doesn’t really come as a big surprise, though. With new dual-core A9X CPU clocked at around 2.25GHz, the iPad Pro has a decent chip to work with, and that sees it faster than the 12-inch MacBook’s 1.1 or 1.2GHz Core M chip, with even the 2015 MacBook Air with an Intel Core i5 only just besting Apple’s new, oversized tablet as far as performance tests go. 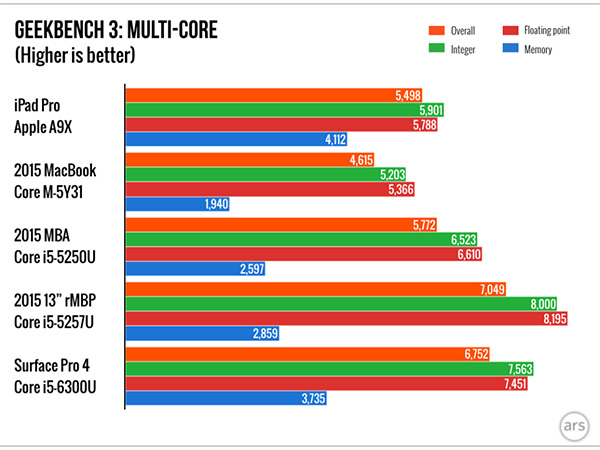 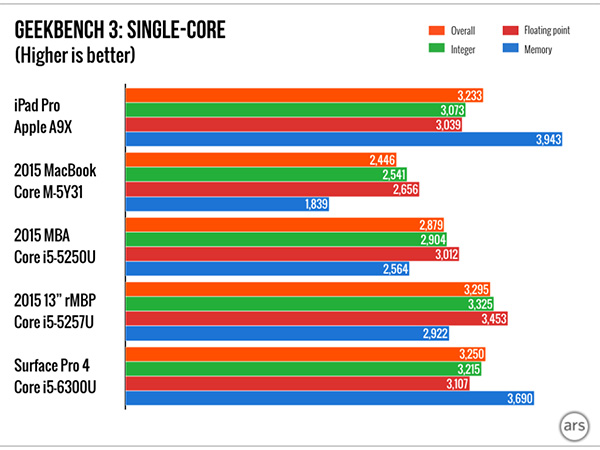 Apple’s iPad Pro is aimed at the pro market in more than just name, and if it is going to compete with notebook computers, then it needs to have true notebook performance. iPads, and indeed iPhones, have been gaining on so-called ‘real computers’ for some time now, and if it’s pure performance you’re after, we already have iPads that can give some of Apple’s most popular portable machines a run for their money. And they don’t have a stylus for drawing things with, either! 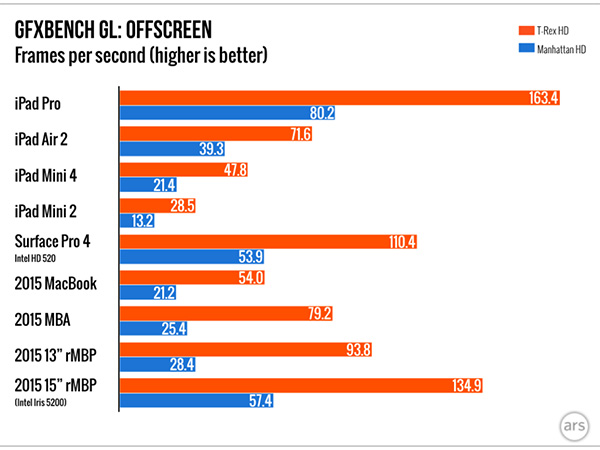