Speculative rumors are suggesting that Apple may be planning the release of a fourth-generation iPad mini mid-cycle, which by the sound of things, could serve as your typical product refresh as opposed to a more notable hardware upgrade. According to a new report, the iPad mini 4 could arrive very shortly indeed, with a stronger internal processor as well as improved Wi-Fi hardware comprising the majority of the improvements.

Macotakara has a fairly strong record when it comes to Apple-based reporting, particularly with products that have yet to be announced. With that said, it only tentatively suggests that an iPad mini 4 may be impending, and if it does, we can expect an A8 processor in line with the iPhone 6 / 6 Plus, and Wi-Fi 802.11ac. This would be a marked step up from the current model – iPad mini 3 – which includes an A7 processor coupled with 802.11n Wi-Fi, and would give the scaled-down slate the respectability it deserves.

After all, the third-gen mini is arguably Apple’s biggest let-down in a long time, with scarcely any changes brought forth from the iPad mini 2. While the iPad Air 2, which was announced alongside the mini 3, is considered among the best tablets in the business, the current mini has been slated by the tech world for offering the least bang for its considerable buck, and since it’s considerably pricier than the iPad mini 2 without bringing any notable improvements aside from Touch ID and gold color option, those assessments are easy to justify.

Precisely why the iPad mini 3 doesn’t already include an A8 processor is anybody’s guess, but a refresh in the near future could soon restore a degree of parity with the Air. Macotakara doesn’t seem completely convinced that its info is on point, so is being rather cautious in its suggestions, but should a new model arrive before the end of the release cycle in the fall, it wouldn’t be a major surprise. 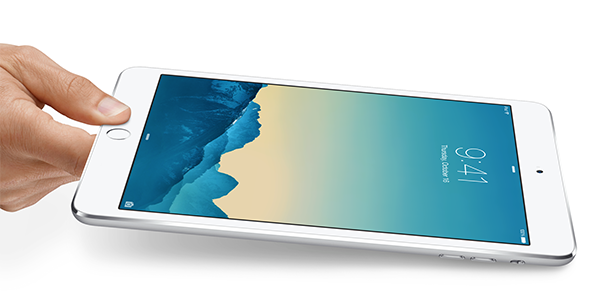 After all, Apple has rolled out iPads early on in the year before now, and with a special event scheduled for next week on Monday, the iPad mini 4 could feasibly join the likes of the Apple Watch as a topic of discussion. Even if it isn’t ready to be showcased at the Spring forward event, though, the iPad mini does not make any sense to purchase at its current price given the iPhone 5s-standard processor, and the leap to A8 and Wi-Fi 802.11ac could woo more consumers into taking the plunge.