iPad 5 To Get A Surface-like Keyboard Cover Tomorrow, According To Ex-Apple Employee

Many of us are expecting Tim Cook and his band of merry men to cover a wide variety of topics at Apple’s media event that is being held tomorrow. The dedicated media event follows on from where Apple left off after introducing the iPhone 5s and 5c and has been given the tagline "We still have a lot to cover". It’s almost a given that the event will see the introduction of the iPad 5 as well as the iPad mini 2, but if speculation is to be believed then the ‘cover’ in the tagline could refer to a new keyboard accessory for the new larger iPad.

Although the full-sized iPad is still managing to cling onto its title of being the most popular tablet in existence, we are beginning to see a shift in consumer trends. The introduction of Apple’s 7.9-inch iPad mini and other premium 7-inch devices like the Nexus 7 have seen customers opting for the smaller form factor over larger display models. Of course, it’s highly unlikely that the public will entirely shun the larger iPad anytime soon but Apple does seem to recognize that they need to do something to keep the device relevant. That relevance could come from a Surface-style keyboard cover designed for professional tablet users. 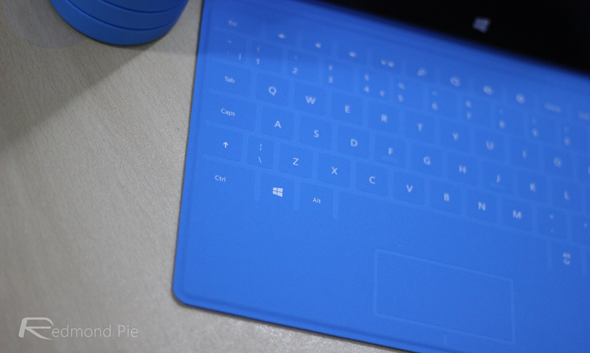 The information is coming directly from an ex-Apple employee who now makes his living discussing and analyzing the industry. Jamie Ryan claims to have inside knowledge of the products which Apple has been working on and experimenting with, and is suggesting that an iPad keyboard cover is high on the company’s list. The Cupertino company currently offer a magnetic Smart Cover for the iPad and iPad mini that provides protection for the display by attaching to the device via built-in magnets. They also offer an entirely separate Bluetooth powered keyboard that does a job for those needing that functionality. 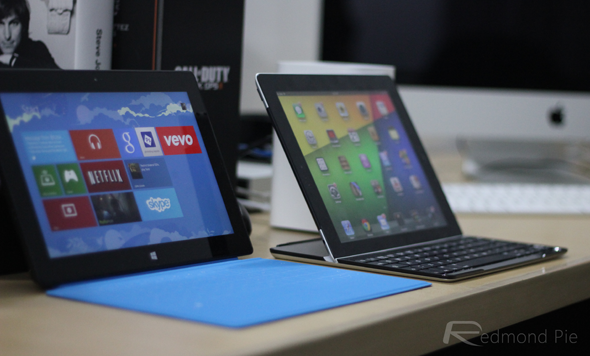 However, Ryan believes that a Bluetooth Low Energy (4.0) powered keyboard cover could be one of the many Apple prototypes that could make it onto shelves for consumers to purchase. The larger of the iPad range will definitely have a higher appeal to professional business users, and it makes perfect sense to assume that a lightweight attachable keyboard cover would enhance that professional experience. Whatever tomorrow’s event will bring it will definitely be one you won’t want to miss.