Apple and technology fans alike are highly anticipating the introduction of the new iPad lineup at tomorrow’s Apple media event. The tagline of the official event invitation suggests that Tim Cook and his team has a lot to talk about, with the update to the official Apple website giving more than a little indication what the company’s iLife and iWork range of iOS apps will feature on the agenda at some point.

The official Built-in Apps page for the iPhone 5s – and 5c – was briefly updated and published earlier today. That change appears to have been retracted by Apple’s website engineering team, with the changes likely being held back to be made live during tomorrow’s event. However, the brief spell of public availability told us pretty much everything that we need to know, including the potential imminent arrival of a refreshed suite of iLife and iWork iOS apps. We’ve been expecting a refresh of the lineup for quite some time and it seems like that time has arrived. 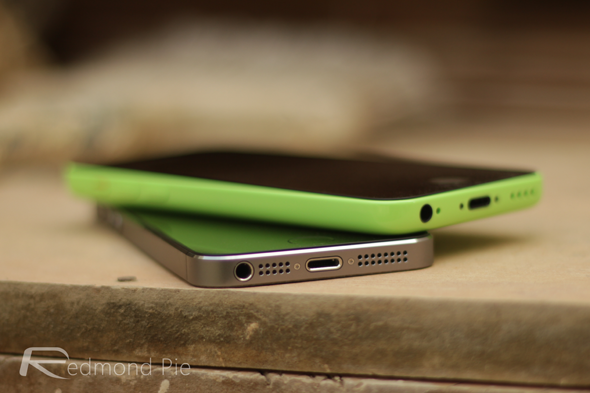 The lineup of available Apple apps for the iPhone 5s show all the expected contenders. The screenshots that are displayed alongside the app information appear to be pulled directly from the currently available versions in the App Store. However, when the website was briefly refreshed it did show a whole new suite of redesigned, iOS 7-esque icons sitting alongside the apps that they belong to. The GarageBand and iPhoto icons are identical to the ones that we have previously seen through the iCloud Manage Storage settings page.

The Pages, Numbers and Keynote icons have all been refreshed. The new offerings are as minimal as you would expect when you consider the rest of the native apps that actually ship with iOS 7. The flat, gradiated backgrounds are polished off with a simple but telling icon that immediately lets the user know what the app is. In addition to the new icons, Apple also confirmed that the iOS version of GarageBand will be offered as a free-of-charge download to all users under the App Store freemium model.

Unlike the iWork range of apps that will be entirely free to download and use, GarageBand will be offered as a free-of-charge initial install with a range of optional but chargeable downloads that will be available as in-app purchases. Those interested in composing and sampling music on their iOS device can expect to find a range of sounds and instruments available for purchase within the app. But keep in mind though; this isn’t the first time new and updated app icons for iOS 7 have been leaked. Previously, iPhoto and GarageBand icons leaked as well.

Tomorrow should be a good day for Apple fans with the expected announcement of new iPads, OS X Mavericks, the new Mac Pro and now the evolution of iWork and iLife for iOS.