Galaxy S5 Will Feature Galaxy Note 3-like Faux Leather Exterior, According To Report

Samsung may currently find itself sitting at the top of the smartphone vendor hierarchy, but there’s always been certain aspects of their hardware that just doesn’t sit right with some consumers. There’s no denying that the company designs and builds fantastic and extremely sought-after smartphones, but the construction of those devices sometimes leaves a lot to be desired. We’ve been hearing a lot of rumors recently about less than projected sales of the Galaxy S4, which has lead onto speculation suggesting that Samsung could announce the next in the Galaxy S series early next year. Today’s latest S related chatter seems to indicate that we could be about to receive yet another plastic based device from the Korean company.

Apple’s introduction of the iPhone 5c sparked off a rather fiery debate about the build quality of so-called premium devices in the smartphone space. A large portion of that discussion focused on Samsung’s insistence on continuing to push out Galaxy S hardware manufactured from plastic components and whether or not they feel as well-built and rigid as a metal manufactured competitor. According to a new report, Samsung is paying no attention to the calls for a metallic external shell and will build their next flagship device with a plastic exterior envelope.

If that isn’t enough of a Monday morning headache for all you Galaxy and Android fans out there then carry on reading. As well as showing no signs of deviating from the current trend of using plastic as the main outer case component, it also seems that Samsung could be planning on injecting the new Galaxy S5 with a little bit of Galaxy Note 3 design inspiration. The same report suggests that Sammy is planning on launching the Galaxy S5 with a rear cover that is made entirely of a fake leather effect. The use of faux leather in physical consumer tech products has long been a polarizing design trend. 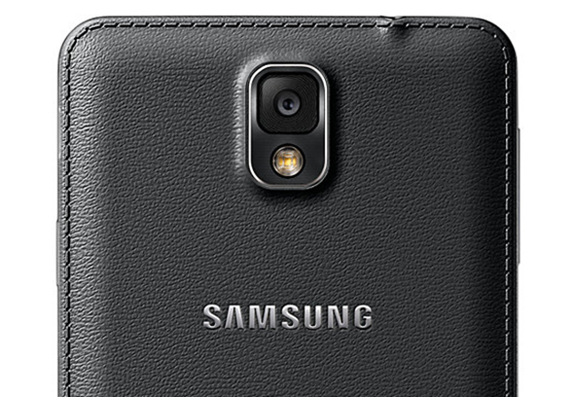 We won’t know about Samsung’s chosen path for sure until we start to see some leaked parts or an official announcement from the company. It doesn’t seem beyond the realms of possibility for Samsung to continue with the manufacturing process that they have in-depth experience with and throw in a little faux leather for good measure. However, it is worth remembering that a number of other sources have suggested that the next in the S series line will come formed from a metallic substance. Only time will tell which one turns out to be accurate.