Samsung has just announced the new and improved iteration of the Galaxy Note series, the third revision of its massive Android based phablet. The redesigned device will now feature a 5.7 inch screen (as compared to the 5.3” version of Note 2), and sports a faux-leather back while being a shade lighter at 168g. Details to follow.

The improvements in Galaxy Note 3 are marginally more than what Note 2 had to offer, and Samsung is hoping to attract buyers through a slew of software improvements that will make the phablet experience better, whilst making the device more catchy and glamorous. Let’s break it down feature by feature. 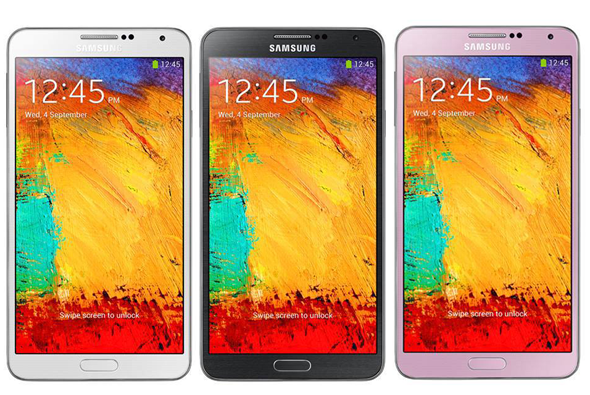 On the hardware front, Note 3 looks and feels pretty similar to its early two predecessors, although the faux-leather back adds a completely different feel to the device. The display size has been increased to 5.7”, featuring a full HD Super AMOLED display (that’s 1080p in case you’re wondering) and is powered by a 2.3GHz quad-core processor. The on-board RAM has been increased to a whopping 3GB DDR3 variant, while the camera unit now packs 13-megapixels to keep up with the modern day smartphones. The front facing camera is of the 2-megapixel variety, which we’ve said on many occasions, is more than enough for video calls / chats. 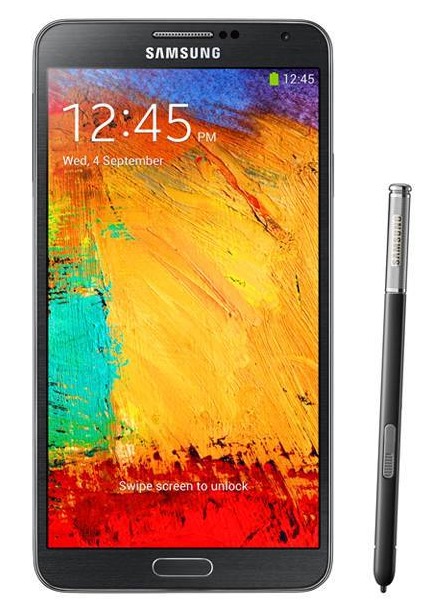 The device this time is thinner, packing at a mere 8.3mm, which is a feat considering the powerful innards. Weight, too, has seen a slight reduction, now lying at 168g to feel lighter in your pocket. The device will come in 32GB and 64GB storage modules, alongside microSD expansion slot. And as you’d expect from any Note series device from Samsung, it does have the S Pen.

On the wireless front, the Galaxy Note 3 features CAT4 wireless technology, with support for more wireless bands than ever before.

To keep things ticking for a while, the Note 3 features a massive 3,200mAh battery.

Now, here comes the awesome part regarding the camera: it records 4K video. Though the screen is only 1080p, but if you have a few extra thousand dollars to spare on an Ultra HD TV, then you’re future proof with the Note 3.

This is the division that has seen the largest improvement. Samsung has brought in some really cool Note-exclusive apps that would make the whole smartphone experience much better. First in the line is Air Command, which basically pulls up a menu as soon as the stylus is removed from its housing. The same menu also activates when the digitized stylus is hovering above the screen and the button is clicked. This Air Command menu lets you pull up dedicated features like Scrapbook, S Finder, Pen Window etc.

Next up is Action Memos, which is basically Samsung’s way of killing the on-screen keyboard, and for good. These turn any scribbled text into actionable items, allowing you to, say, write a number and call it directly from the Action Memo. Then there’s My Magazine, which is Samsung’s version of Flipboard and HTC BlinkFeed combined, allowing a news aggregation method that’s both slick and neat.

Improved further is the Note 3’s ability to operate more apps in multi-window mode, including maps and browser. This goes up even a notch further by allowing you to run multiple instances of the same app side by side. Pen Window is the icing on the cake in this area, allowing you to literally draw on screen a particular area where a floating app would be confined. Neat, isn’t it? 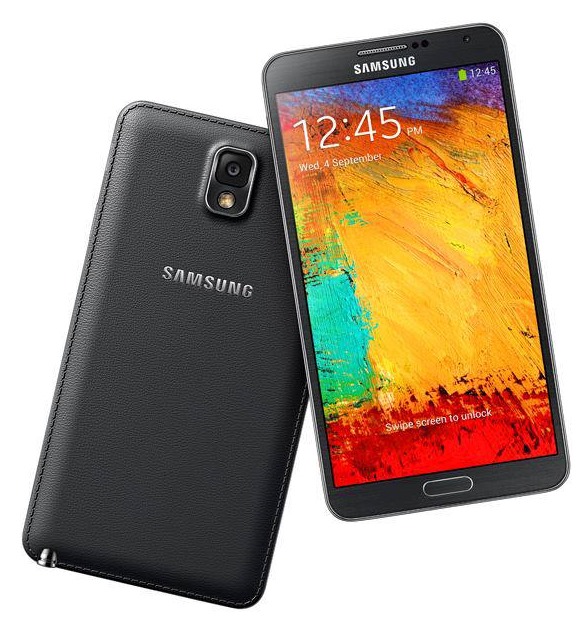 The best part of the whole software package is Samsung KNOX, which is basically a new security protection provided by Samsung. KNOX is a suite of apps that allow you to not only run apps in an isolated “container” environment (say hello to all those suspicious games), but also advanced malware protection thanks to Lookout being bundled in the package. The Find My Mobile feature has also been improved, with better user authentication and remote tracking, alongside others.

Galaxy Note 3 features Android 4.3 right out of the box, hence you can rest assured that your device would be running the latest and greatest version of Android at the point of purchase.

Galaxy Note 3 will be made available September 27 in 149 countries as a preliminary launch (that’s a lot, isn’t it!), followed by a worldwide availability in October. In the US, official carrier partners will include AT&T, Sprint, T-Mobile, Verizon Wireless and U.S. Cellular.

As of this writing, pricing details are not available. But Note 3 is expected to cost on the same lines as the current Note 2. We will update as soon as we hear more on pricing.