We are nearly at that point where all of the speculation over the last few months will eventually come to an end and we will eventually see just what the guys from Apple have in store for the public with the eagerly anticipated next-generation iPad. The actual announcement of the product will finally bring an end to the wild rumors that we have seen cropping up on an almost daily basis, meaning the sources who have predicted an array of features will either sink or swim by the predictions.

It wouldn’t be a normal day before the announcement if we didn’t top it off with a yet more speculative chatter that is emanating from previously reliable sources. Our friends over at 9to5Mac are citing a source who is involved with Apple Retail Stores, claiming that the new iPad will see the official public launch on Friday, 16th March, which is nine days after the San Francisco based announcement. This doesn’t go down as earth shattering news, considering the launch generally is on a Friday, but it also coincides with the a couple of high-profile Apple Retail Stores opening in Houston, Texas and a new store popping up in the plush Harrod’s store in London.

The source has also stated that the Apple Retail Outlets are preparing for a big store based event which will come to an end of the purported launch date. The same report is informing us that during March of last year, Apple opened up a temporary store in Austin, Texas which had stock of the iPad 2 and related accessories. It would seem that this is not a trend which is set to continue, and although the SXSW event is being held in March, it is happening during the 9-13 of this month. 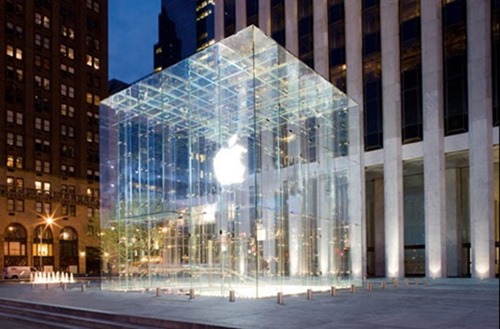 So, with Apple all set to take over the Yerba Buena Center for the Arts in San Francisco tomorrow, and looking likely to hand the latest iPad over to the public just nine days later, what is it that you are most looking forward to from the device? We have been seeing increased speculation in the last few days which points to the inclusion of 4G-LTE connectivity in the device, something which has been built upon today with Verizon applying a small teaser to their official website saying that "Something Is Coming" and inviting users to register for updates. We have also seen reports that Apple could introduce the world to the iPad HD tomorrow, and not the iPad 3 as many believed would be the case.

Regardless of what Apple pull from their sleeves, we are sure to be in for a treat.