Before a product is announced, the actual name of it is always a speculative, educated guessing game. The last couple have months have been dominated by talk of the "iPad 3", but, with the Retina display all-but a certainty, some sources now suggest the Cupertino’s third tablet installment will be called iPad HD.

It would, of course, make little sense being called the iPad HD since although the resolution of the first two iPads haven’t exactly left us gazing in awe, their 1024 × 768 screens do constitute high-definition viewing. Then again, the supposed Retina display would take things to the next level, offering a visually crisper, smoother visual experience worthy of the "HD" moniker. 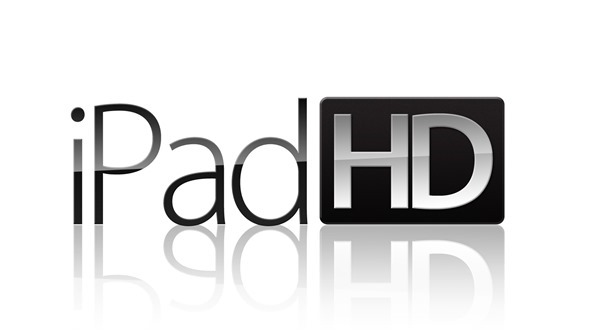 As ever at this critical pre-launch stage, the case and accessory/peripheral makers tend to sprout with new ideas as to what is in store, and Griffin – one of the most popular makers of iAccessories – has done exactly that. A supposed parts list of Griffin’s was leaked on twitter by Michael Fonfara (@mycintosh) which, as you can see from the screen snap below, shows multiple entries for iPad HD accessories.

Fonfara also notes that Belkin has confirmed the name of the much-anticipated gadget, set to be unveiled at a press conference in San Francisco on March 7th. As well as the better late than never intro of the uber-sharp Retina, we’re expecting a quad-core A6 processor, improved cameras for possible FaceTime HD adaption, as well as Apple’s first delve into the world of LTE connectivity, all packed into a very slightly relaxed form factor to accommodate the new hardware.

To add a little more clout to an otherwise fairly unreliable iPad HD claim, a developer has highlighted to Gizmodo of usage data from an application called Tapatalk, which runs on iOS, Android and Blackberry. The data – which cannot be spoofed (although the data could have been manipulated to show these results), seems to corroborate the claims: 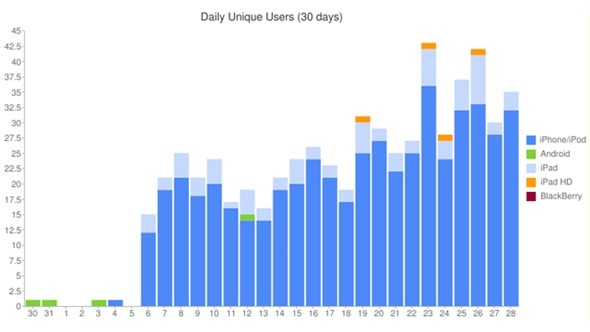 There will be a mixture of excitement and relief once Tim Cook and friends finally take turns to announce each and every detail of the new device on the 7th, whether it be called iPad HD, iPad 3, or iPad The Third. Finally, the anxious tech world will be able to put to bed the rumors, and concentrate on the finished product, which will likely release a fortnight thereafter.