If you’re an Android user and a fan of custom launchers, well, I have some good news and bad news. The good: TSF Shell, a standout custom launcher which demoed back in December to critical acclaim, has finally been released. The bad: they want a mind-blowing $17 (yes, that’s seventeen dollars) for it.

TSF, which stands for The Special Forces, completely revamps the look and function of your Android device, allowing you to customize the look and feel beyond the reach of most similar apps. With a pretty expansive inventory of options, TSF even manages to compete in the same league as the coveted SPB Shell 3D Launcher.

The product’s description which, aside from the multiple misspelling of the word "multiple", is a bit of a mess, with broken English prevalent and grammar oversights aplenty. If anything, it looks as though it has been translated by Google’s automated Translate system – not a great move when your app is already restricted by gross overpricing. If you’ve yet to seen it in action, check the rather mesmerizing video below:

Then again, it’s the app that matters, and the app will allow tinkerers to spend many happy hours tweaking the many customizable visual aspects of their device. Despite my thoughts on the pricing and Market marketing, it’s actually a very well polished app, and it’s a great shame the creativity of the development team will probably be overshadowed by the extortionate price point. 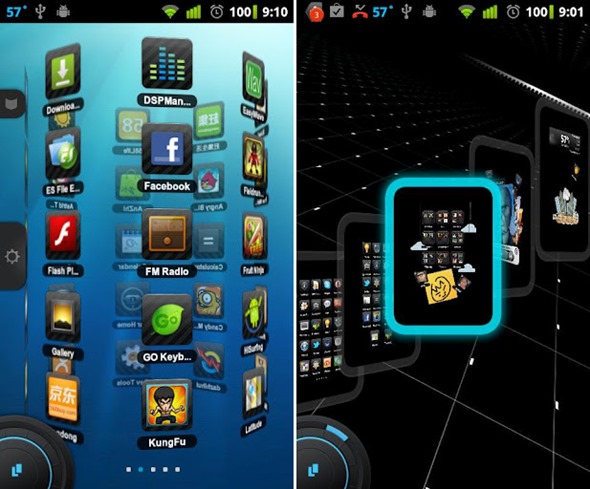 If you feel brazen enough to make the purchase, the download link is below. If you do get a chance to test it out, be sure to let us know whether or not you think it was worth the money via our Facebook and Google+ pages, we love hearing from you guys, always.