Apple has been busy today in releasing new software, and accompanying the second beta of iOS 8.3, the Cupertino based company has also rolled out another beta of OS X 10.10.3 for Mac. With the first iOS 8.3 and OS X 10.10.3 betas that arrived a couple of weeks back, we learned that the emoji system would be getting a revamp, and now, things are beginning to take shape. More details below.

Soon, users will be able to modify emoji, altering the skin color of certain characters. In the latest OS X beta, users can click and hold any emoji, and from there, tweak the skin tone to one of a number of shades. 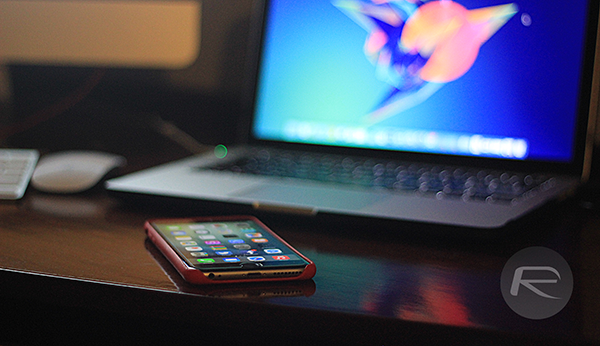 It’s not the only change to the emoji setup, either. There are also a bunch of new flags on offer, and if you’re a constant instant-messenger, you’ll have a number of new ways to add to the conversation. 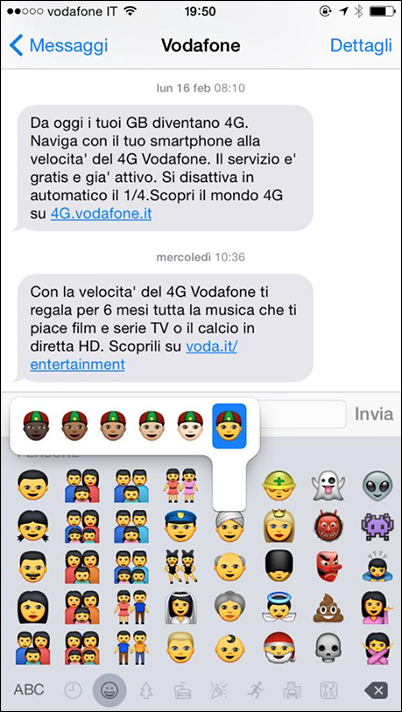 Whether you like it or not, emoji is very much here to stay, and where some folk do overuse them, Apple’s decision to offer these new features must still be seen as a positive step. With the Unicode Consortium having updated the standard to include skin tone modifications, the range of options at a user’s disposal will not feel so limited, although it remains to be seen when these features will be deemed ready for prime time. 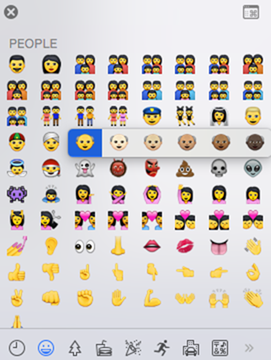 We know that iOS 8.2 will probably land in March, and since iOS 8.3 is already on its second beta, it shouldn’t be too long before that update appears. Given that the new emoji features are being baked into OS X as well, it seems plausible that the launches of OS X 10.10.3 and iOS 8.3 will coincide, and when we hear more with regards to end user roll-outs, we’ll have all of the details right here.

Apple even tossed in an Apple Watch and iPhone 6 styled emoji into the mix.

Emoji lovers and haters alike, we’d love to know what you think of these changes, so do leave your thoughts in the comments. As somebody who used to loathe them, I have somewhat warmed to the odd smiley face, and with a number of new icons set to join the party in the near future, the days of using traditional text to convey feeling looks to be drawing to a close.