No matter how much our mobile devices improve in terms of display quality, point-and-shoot ability and processor speeds, one thing that always drags them down is battery life. It’s all well and good owning a smartphone that can deliver (and extract) a variety of information at light-speed, but when that juice runs out, it becomes a very expensive doorstop. We’ve already seen an interesting new portable battery charger that can be powered up in seconds using only lighter fluid, and now, another start-up is touting a new type of battery that takes less than one minute to reach full power.

We often get carried away with what Google, Apple, Samsung, HTC et al are cooking up in their attempts to outdo themselves and one another with each new piece of hardware, but one Israeli company has created something that could well and truly change the outlook of the modern mobile market. 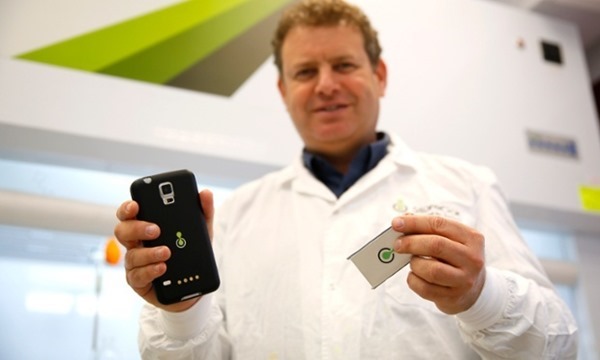 Researchers looking into Alzheimer’s disease have inadvertently stumbled upon particular peptide molecule that can gather and hold charge much more quickly than the currently available options. Called StoreDot, the company behind it is currently talking with more than a dozen smartphone manufacturers about a possible roll-out, and should everything run smoothly, it could be ready for the mass market by the end of next year.

In allowing a device to be charged in just one minute, it would appeal to every single smartphone owner in the world, although there are one or two elements to consider. Firstly, the StoreDot battery would require a special type of charger, and as such, would not be dunked into pre-existing handsets like any other replacement battery. Additionally, it would drive up the cost of handsets by around $50, but when you’re talking about a system that could eradicate the dreadful inconvenience of being stuck with no charge, it seems more than worth it.

Elsewhere, StoreDot is also considering the idea of branching out to cars, with its research suggesting that a five-minute charge could provide up to 150 miles of driving. With that said, it will need to gather the funds to turn its theory into a proof-of-concept, so for now, it seems to be channeling much of its energies into smartphones. 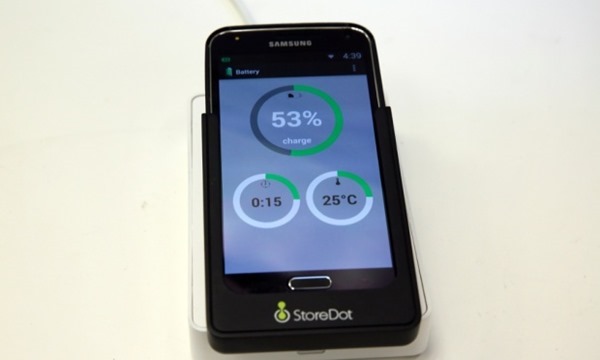 It’s a very exciting development, and should smartphones and presumably tablets, notebooks and all other personal electronics reap the benefits, the days of wall-hugging may soon be long forgotten.

If you have anything to add to this story, please share your sentiments below.