Mobile power banks and battery-padded cases are part and parcel of smartphone and tablet ownership for many, but while these products have become smaller and more power-efficient in recent times, one startup is touting a complete game-changer that safely boosts power using eco-friendly lighter gas. This completely alternative approach, which has more than doubled its initial half-million-dollar Kickstarter goal with four weeks of campaigning still to go, offers consumers a way out from lugging hefty power devices around, and with a three-second top-up of lighter gas able to muster 11 cycles of charge to an iPhone, this could be the development that the mobile market has long since craved.

Known as Kraftwerk – although not pronounced in the same manner as the seminal electronic music outfit from Germany – the aim of this product is to end wall-hugging. Even if we have the foresight to take a charger out with us when roaming, finding a power outlet is another matter altogether, but with Kraftwerk, you can top up with generic lighter fuel, and charge your smartphone, tablet, notebook or smartwatch without having to hook up to the power grid. 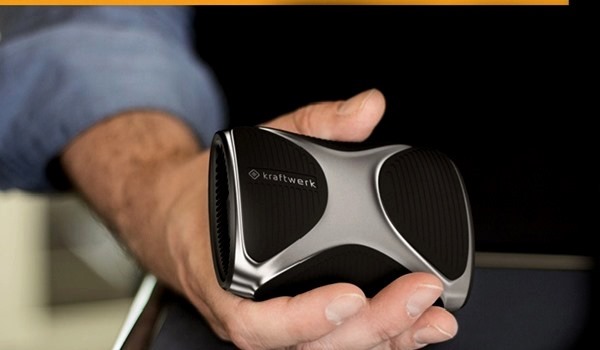 Not only is Kraftwerk incredibly small and discreet – its 4 x 3 x 1.8-inch form factor is easily squirreled away into the pocket – but it is also FSA approved for use on board, say, an airplane, so is able to benefit the sizeable portion of enterprise users that will no doubt be interested in acquiring it. 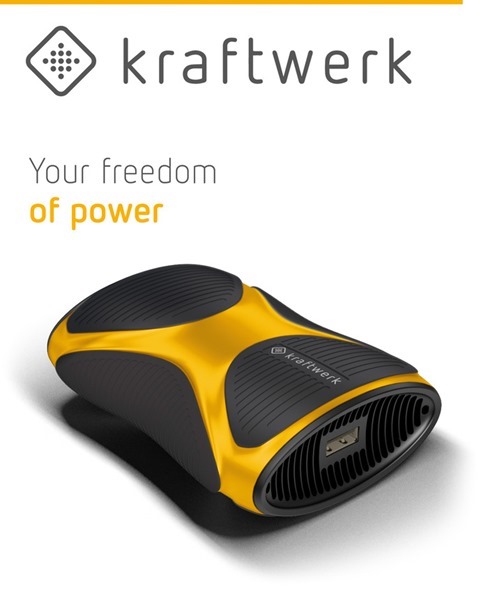 eZelleron, the German company behind Kraftwerk, is a team of engineers, designers, scientists and software developers that have slaved over its production to bring it up to the point where it’s ready to be showcased to the world, and when it begins retailing at the end of the year, the days of traditional portable supply units will be well and truly numbered.

The environmentally-friendly nature of Kraftwerk is a big pull factor, but while eZelleron’s own super-light cartridges are filled with gas that goes easy on the planet, ordinary camping or lighter gas can be used as well.

It’s designed to work in all weathers, be carried around inconspicuously, and at a $99 starting price point, we can’t wait for its eventual launch.

Check out the official Kickstarter video below, and as always, leave your thoughts in the comments.