With all the talk about Apple Watch, new 12-inch MacBook Air refreshes and the iOS 8.2 release date inching closer, it’s easy to lose track of the progress that has been made to Apple’s desktop operating system these past few months. Following on from the release of Yosemite 10.10 late last year, the Mac maker has been consistent with the updates, and OS X 10.10.3 – which introduces the long-overdue new Photos app to the fold – has just been sent out to testers and developers. Set for public release in the spring, OS X 10.10.3 will also include the usual array of performance tweaks, but the Photos app, which we’ll take a closer look at below, is the unquestionable showpiece.

Although not quite ready for prime time as yet, Apple has just pushed OS X 10.10.3 to developers, as well as those signed up to the OS X Beta Seed testing program. It’ll give said enthusiasts a first proper look at the Photos app, which will spell the demise of iPhoto, and can be snapped up right now using the Software Update feature within the Mac App Store. 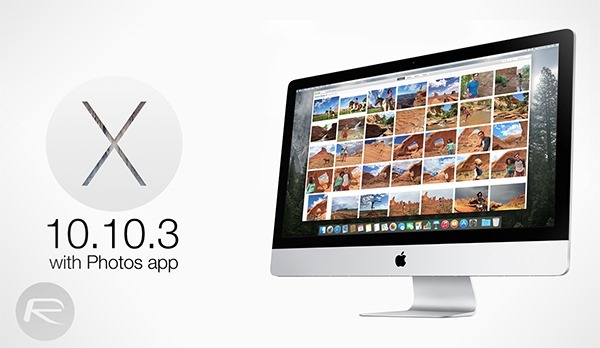 Apple has made quite a song and dance of this new app, and if you take a look at the numerous features being introduced, a little fanfare is probably warranted. The design, for example has been completely overhauled, replacing the rather dated, early-iOS look of iPhoto with a clean, contemporary aesthetic much more in-keeping with Apple’s modern software design ethos. The new Photos app isn’t however, just a lick of paint. 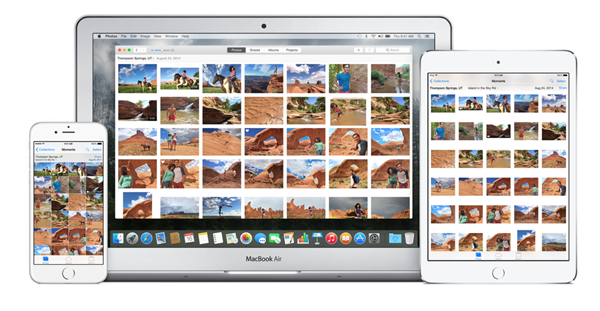 Apple is also making a concerted push to promote the iCloud Photo Library, which will allow users to store and view all images and photos in the cloud. After last year’s photo hacking shenanigans, which saw the iCloud name dragged through the mud on more than one occasion, some users may be a little cautious about storing their whole life in photos on Apple’s servers. But whatever your feeling on cloud photo storage, there’s no doubt that Photos for OS X has promise, and only time will tell whether the app lives up to the billing.

For the sake of clarification, OS X 10.10.3 pushes the build number up to 14D72i, and if you’re a Developer then you can grab the update right away from the Mac Dev Center.