Apple has just released iOS 8.0.1 download links. Apple’s recent iOS 8.0 roll-out passed without too much by way of negative feedback, but as should be expected of a fledgling piece of software, there have been one or two glitches. Notably, users have encountered issues with HealthKit, Wi-Fi, and that oh-so incessant battery drain snag that regularly seems to arrive on cue at about this time of the year, and with quite a few users having been afflicted, Apple has acted swiftly in releasing the remedial iOS 8.0.1 update. Details, as well as information on how you can pick up the latest software release for your iPhone, iPad or iPod touch, can be seen below.

The new iOS 8 ensured that even those who did not get a new iPhone 6 or 6 Plus had something to savor, but while we’ve been impressed by many of the new features Apple packed into the software, there have been a few bugs that definitely needed ironing out. 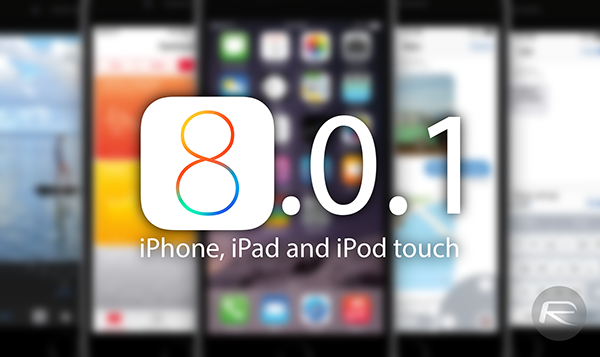 Just before the Cupertino pushed iOS 8, the software was rocked by a HealthKit bug that proved extremely detrimental to the launch of what was billed as a flagship feature. Apple quickly acknowledged the issue, noting that the HealthKit bug wouldn’t allow health apps to push to iOS 8, and then set about removing a number of Health-integrated apps from the App Store while the problem was addressed.

Having begun work on fixing HealthKit ready for launch, many developers were left in the lurch. Apple did, however, promise that a fix would arrive before the end of the month, and true to its word, has apparently delivered the goods. 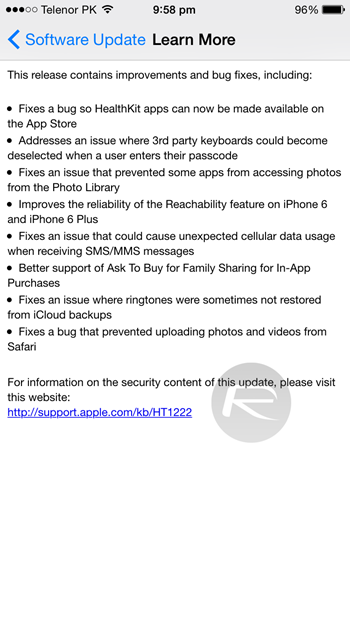 Set to integrate heavily with Apple Watch, HealthKit is the multi-functional health suite first announced at this year’s WWDC, and with several other bug fixes and general performance enhancements packed into iOS 8.0.1, this quite a critical early update to those running the latest flavor of Apple’s mobile operating system.

You can update over-the-air using the Software Update option in Settings, or alternatively, connect your device to your PC or Mac and update via iTunes. 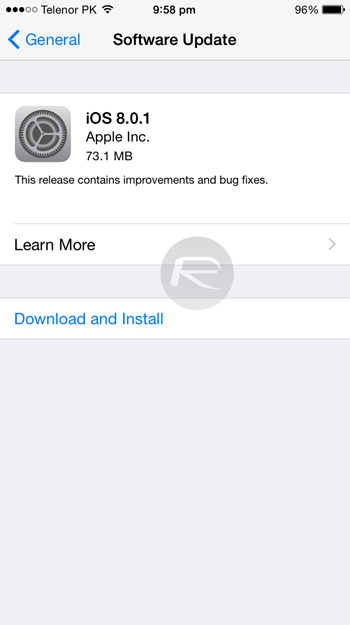 Update: Apple has pulled iOS 8.0.1 after reports of it breaking cellular connections and Touch ID for many users. Apple is now actively working on investigating the issue.