The iPhone 6 and iPhone 6 Plus are the two hottest topics in the mobile industry right now, and although the only legit way to determine a device’s real-world performance is to use it for a sustained amount of time, we as geeks cannot resist a little benchmark test or two. Today, an interesting new set of benchmarks have hit the blogosphere pitting the two new iPhones against one another, as well as drawing comparisons with previous iPhones, and for a sense of perspective, the stats also include some benchmark results gathered of current, rivaling high-end smartphones.

Benchmark tests allow us to judge a device’s performance based purely on the numbers, yet while figures don’t often lie, OEMs have been caught out trying to rig devices so that they show up more favorably when scrutinized. After a bit of a backlash last year, it appears that such behavior has been toned down, and so hopefully, the benchmarks show below are reflective of the actual performance. 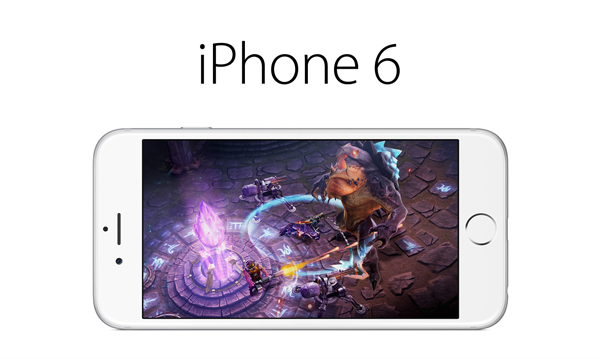 The folks at iMore have been putting the iPhone 6 and iPhone 6 Plus through their paces by means of Geekbench 3, and in the single-core tests, discovered that both are 15 per cent faster than the iPhone 5s. This isn’t necessarily anything to get excited about, but it’s a satisfactory bump nonetheless, and although the iPhone 6 Plus scores slightly higher than the 4.7-inch model, the difference is both negligible and inconsequential to the overall user experience.

As you’ll notice, the real leap came with the iPhone 5s, which brought forth the 64-bit Apple A7 last year. The speed increase of the 5s over the iPhone 5 was almost 100 percent, and so while Apple has fine tuned its A8 SoC now clocked at 1.4GHz per core as opposed to the A7’s 1.3GHz, the jump in speed is not as stark. 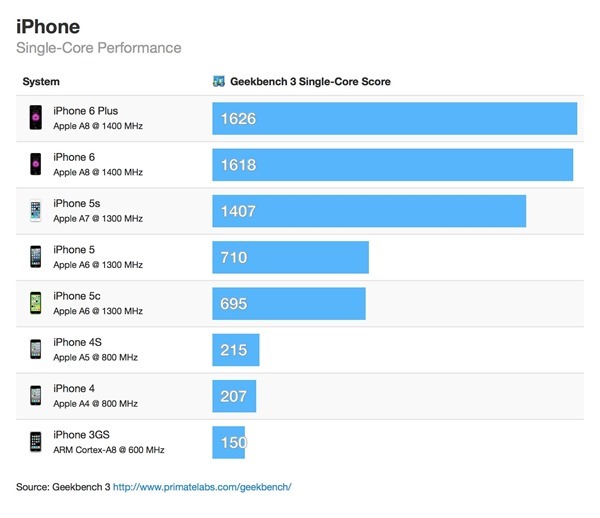 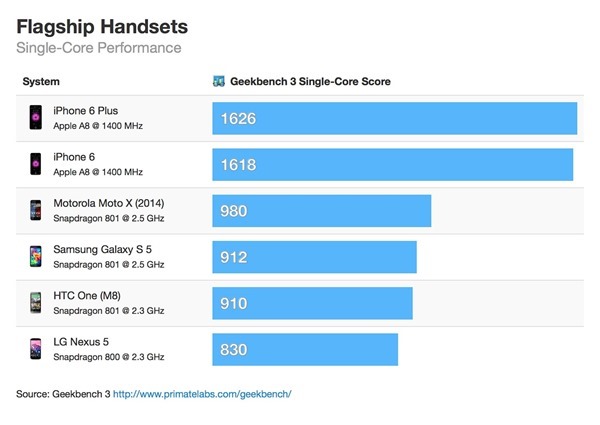 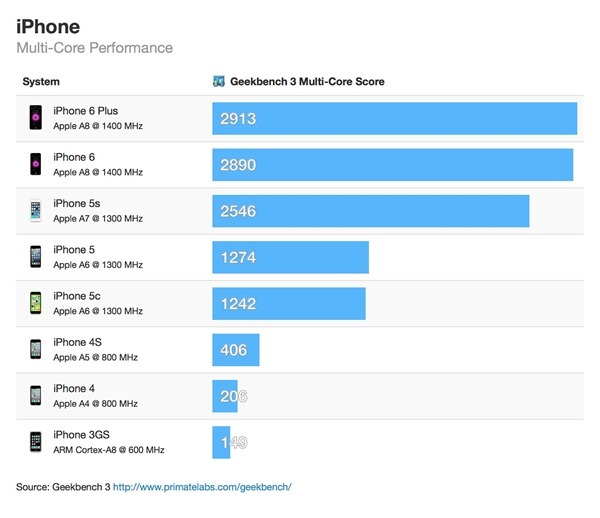 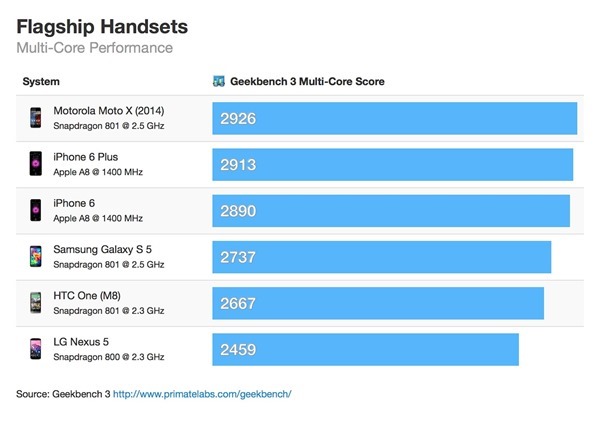 The single-core performance of the two new iPhones is greatly superior to the rest of the field, scoring several hundred points ahead of the Moto X (2014), Galaxy S5 and HTC’s One M8 while almost doubling the single-core performance of the Nexus 5. In the multi-core tests, it only loses out to Motorola’s flagship handset as well, meaning that in terms of processing power, the iPhone 6 and iPhone 6 Plus can mix it with the best of them.

Further GPU / JavaScript performance tests found once again that the iPhone 6 and 6 Plus are basically identical in performance, although in numbers, the Plus has the slight advantage. The compilation of benchmarks also indicated that the iPhone 5s, in terms of speed / power, is not that far behind its two successors, and remains a relative powerhouse despite having fallen way down in the pecking order.