iOS 13.3 battery life drain has been tested on iPhone 11 Pro to iPhone 6S and SE on video. Here are the details on this.

Apple released iOS 13.3 about a week ago and so far, it seems to have been an improvement over some of the previous updates that were troublesome and problematic to say the least. But how is this update in terms of battery life? 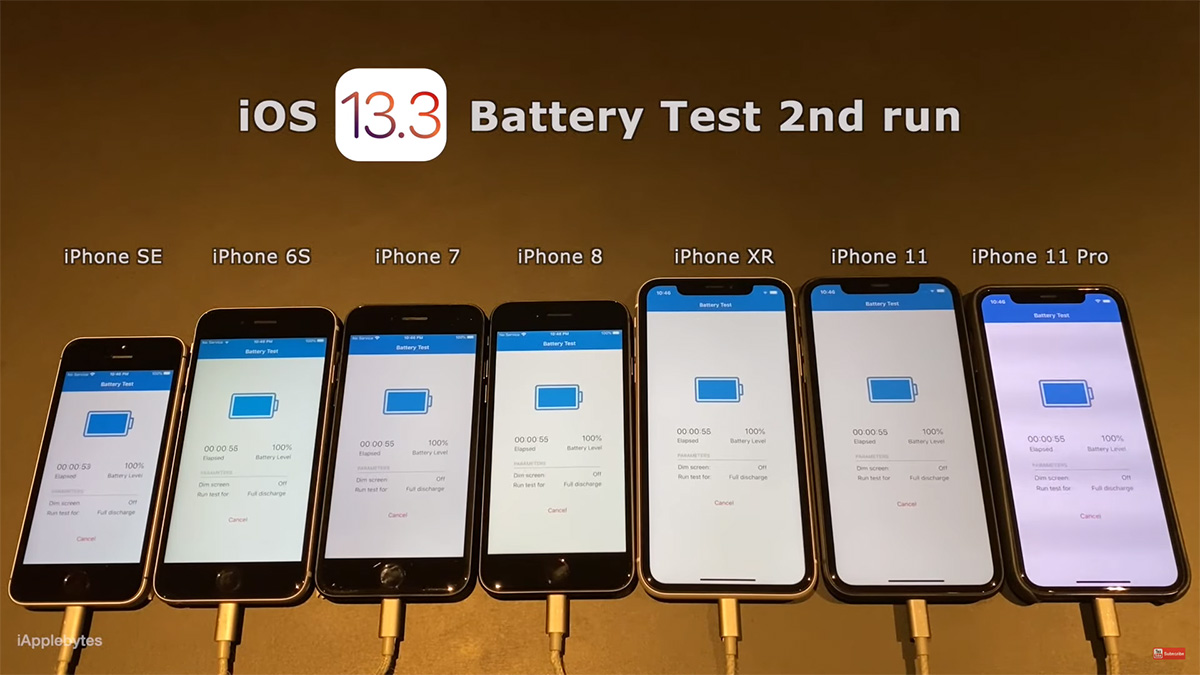 YouTuber iAppleBytes wanted to test that out. And by leaving the test for a week they were able to take into account something people have wondered for some time – does it take iOS a while to settle down after updating? It’s a theory that makes sense – iOS often needs to rebuild caches, re-index Spotlight, and more. So it is interesting to see how battery life performs after a week.

To do the test, iOS 13.3 was installed on an iPhone SE, iPhone 6S, iPhone 7, iPhone 8, iPhone XR and iPhone 11. And considering the same test was run a week ago, the theory is that we’ll see whether leaving the phone to settle down will have any impact at all.

I have seen many comments that it takes about a week for battery performance to optimize it self after an iOS update. I have always been skeptical on this statement as I have never personally had bad battery life right after I update. If I restore and download backup from iCloud well then that is another story. So I decided to run the battery test again 8 days after I updated them. In those 8 days they were just sitting idling with power connected

It’s worth watching the video to get the full rundown, but it does seem clear that battery life does improve over time. So maybe there is some truth to the belief that iOS is just too busy in the first hours after an update to really be tested for battery life performance.