iOS 13.3 Downgrade To iOS 13.2.3 No Longer Possible As Apple Stops Signing The Firmware

Apple has stopped signing iOS 13.2.3 and iPadOS 13.2.3 a week after the release of versions 13.3. That means that at the time of writing the only version of iOS and iPadOS that is officially supported by Apple is iOS 13.3. 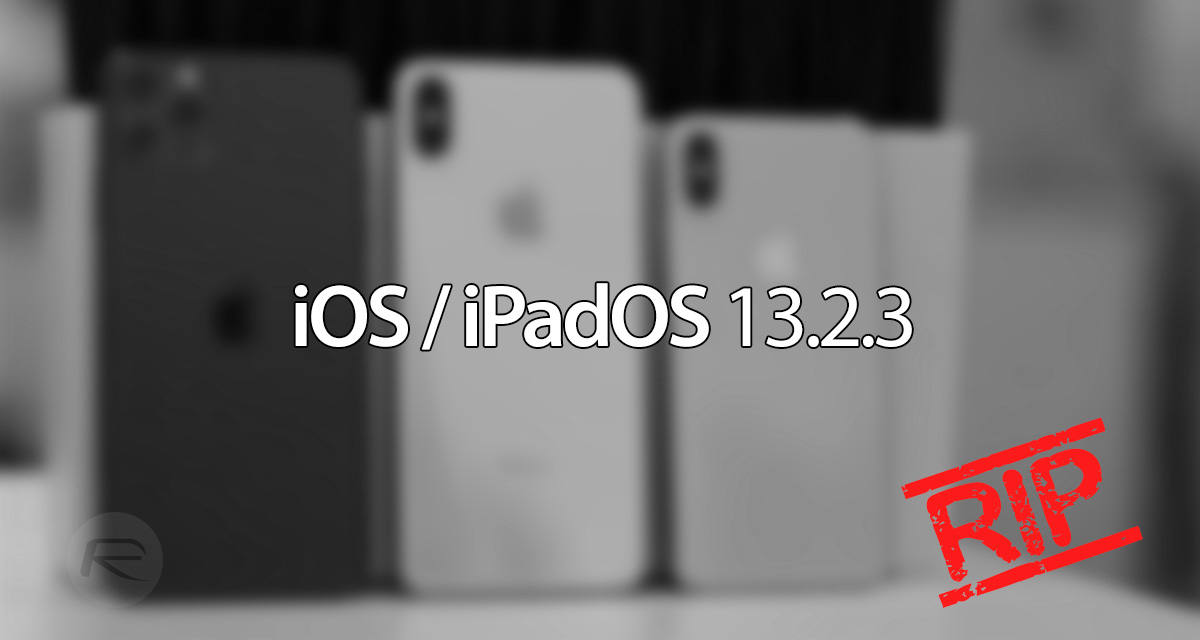 Apple often stops signing versions of iOS and iPadOS once a new release has been made, usually to ensure that people are using the most secure and feature-rich versions of its software. It is also something that is often done to prevent jailbreakers from hacking their iPhones and iPads, although that isn’t the same focus that it once was.

When Apple released iOS 13.3 and iPadOS 13.3 last week, it brought with it new Screen Time Communication Limits as well as bug fixes.

Apple is already testing iOS 13.3.1 and iPadOS 13.3.1 with developers and those on its public beta track. That update again fixes bugs and issues that previous releases exhibited – something that is quite the trend when it comes to software releases following the arrival of iOS 13.0 and iPadOS 13.1 earlier this year. Since then Apple has been scrambling to fix bugs and issues as it goes.

If you wanted to downgrade your iPhone or iPad to iOS 13.2.3 or iPadOS 13.2.3, you’re no out of luck. Hopefully you can get by with the latest versions of the software without too much hardship.