That’s what happened yesterday when Apple released iOS 13 beta 7 to developers. A new asset in the said beta appears to point to an iPhone event on September 10th.

Discovered by iHelp BR, a screenshot within the beta shows the date of Tuesday 10th which we presume to be September. The asset itself is titled “HoldForRelease” suggesting that it is a screenshot that isn’t meant for public consumption just yet.

Last year we saw similar leaks with a September 12th date, with many having pinpointed to that as a potential event date for the launch of the iPhone XS, iPhone XS Max, and iPhone XR. Indeed, it was exactly like that, so we have reason to believe that come September 10, we would see the launch of the 2019 iPhone lineup.

There’s also an asset for older iPhone and iPad models bearing September 23rd, which leads us to believe that this might be the day Apple releases iOS 13 to the public. 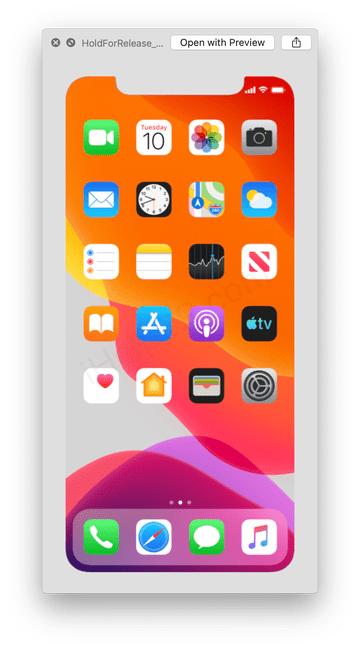 Now that we’re just weeks away from the new 2019 iPhone lineup being announced we’re starting to learn more and more about it. The naming scheme is one that’s of interest currently, with some claiming that Apple will once again change things up.

Based on the latest bout of rumors we’ll see three iPhones announced, all direct replacements for the 2018 models but with a new naming scheme.

Under that scheme we can expect:

We’re still not at all taken by that last one, if only because it seems so long and unwieldy. We’ll know whether that is indeed the correct name for the most costly iPhone in a few short weeks.