When Apple announced iOS 13 during the WWDC 2019 opening keynote this past week, there was only so much time available to dig into the details. One of those that was mentioned but not delved into was the arrival of a new, swipe-based keyboard entry system for iPhones.

The feature, named QuickPath, allows users to swipe from one character to the next on-screen, forming words. When the finger is removed from the screen, the word is entered. Apple didn’t make it clear during the event, but its website has since confirmed that QuickPath will also be part of iPadOS 13, too. 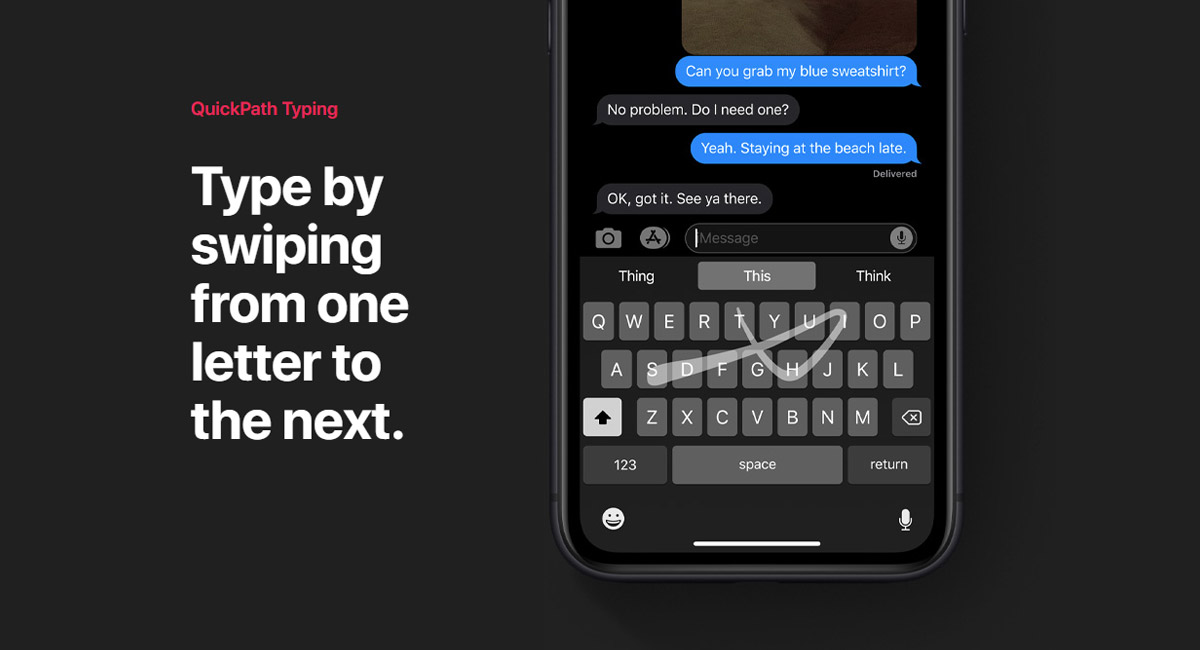 Simply swipe from one letter to the next without lifting your finger to enter a word. On‑device machine learning recognizes the path you draw and converts it for you, making one‑handed typing a breeze.

At launch, Apple says that QuickPath will support multiple languages, with English, Simplified Chinese, Spanish, German, French, Italian, and Portuguese all available on day one.

The concept of a swipe-based keyboard isn’t anything new, and Android users have enjoyed it for many years. Even iPhone owners have been able to use keyboards like SwiftKey since Apple opened up to third-party keyboards with the arrival of iOS 8 a few years ago. This is the first time that Apple itself has offered a swipe-based entry system, though. 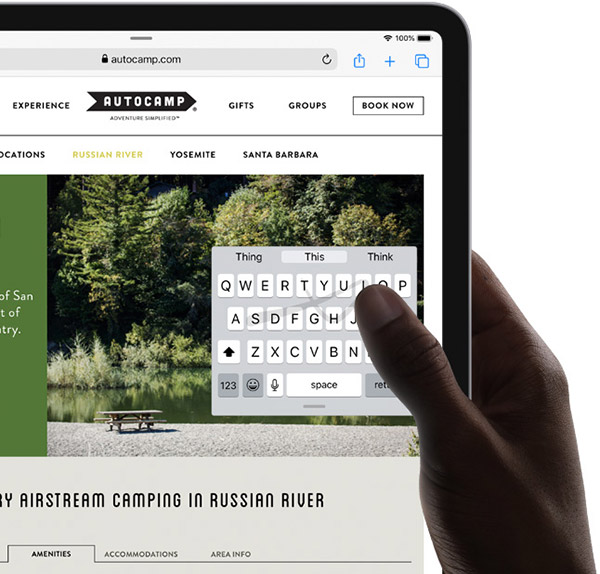 The new QuickPath text entry feature is available for developers to test as part of iOS 13 and iPadOS 13 right now, with beta 1 having been available for almost a week. A public beta will arrive next month, with a full public release of the software updates expected this September.