iOS 13 Compatibility Will Reportedly Not Include Support For iPhone 6, 6 Plus, SE, 5s

Older devices are effectively killed off when new software updates don’t support them all the time, but iOS 13 may be doing away with some surprising handsets if a new report is to be believed.

The iPhone SE, iPhone 6, and older handsets will not be supported by iOS 13 according to a new report by iPhoneSoft.

The news comes along with a citation from an unnamed senior engineer at Apple who apparently works on a team that is working on iOS 13.

According to that source, the iPhone SE and iPhone 6 series of phones will not be supported when the next version of iOS arrives later this year. And it’s not much better for the Pad, with the iPad mini 2 not supported, either. The same goes for the original iPad Air.

If all of this turns out to be true, then some older devices are going to find themselves out in the cold when Apple ships iOS 13. We’ll know for sure next month, with an announcement of the new software very much expected to take place during the opening WWDC 2019 keynote on June 3rd. 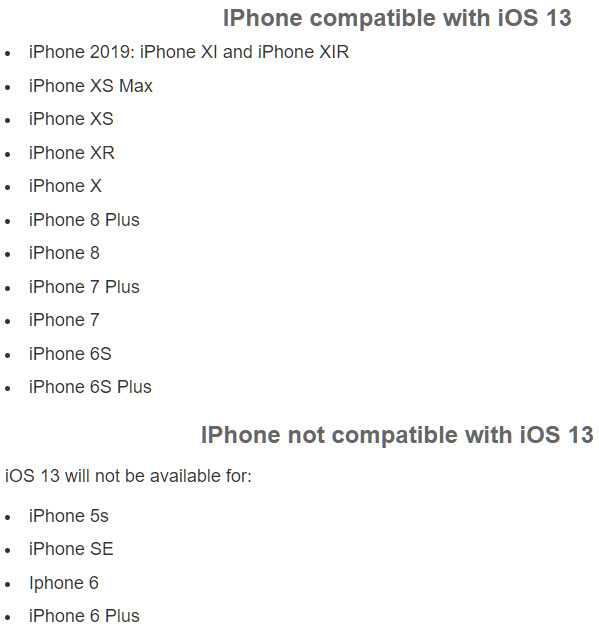 We’re not 100% sold on this, but it wouldn’t be a huge surprise if there’s a change in iOS 13 that requires newer hardware than these devices can offer, especially in the iPad lineup given the expectations of new multitasking capabilities.

Those devices aren’t getting any younger, either, but in the case of the iPhone 6 it would definitely be mildly surprising to see it culled from iOS updates so soon after the handset was quietly re-sold in some countries in 2017.