You don’t need to be the world’s biggest iPhone or iPad fan to know that Apple will be announcing three new iPhones and likely at least one iPad Pro next month, and you likely already know that Apple has a big new software release on the horizon, too. The iOS 12 update will be a bigger one than was thought ahead of its announcement at WWDC 2018 and that has brought added attention to a beta program that is now up to release 8 ahead of the official, public release next month.

Now that we have gone from beta 1 all the way through beta 8 with more likely to come before launch day, we can reflect on some of the changes that have gone on during this beta cycle. 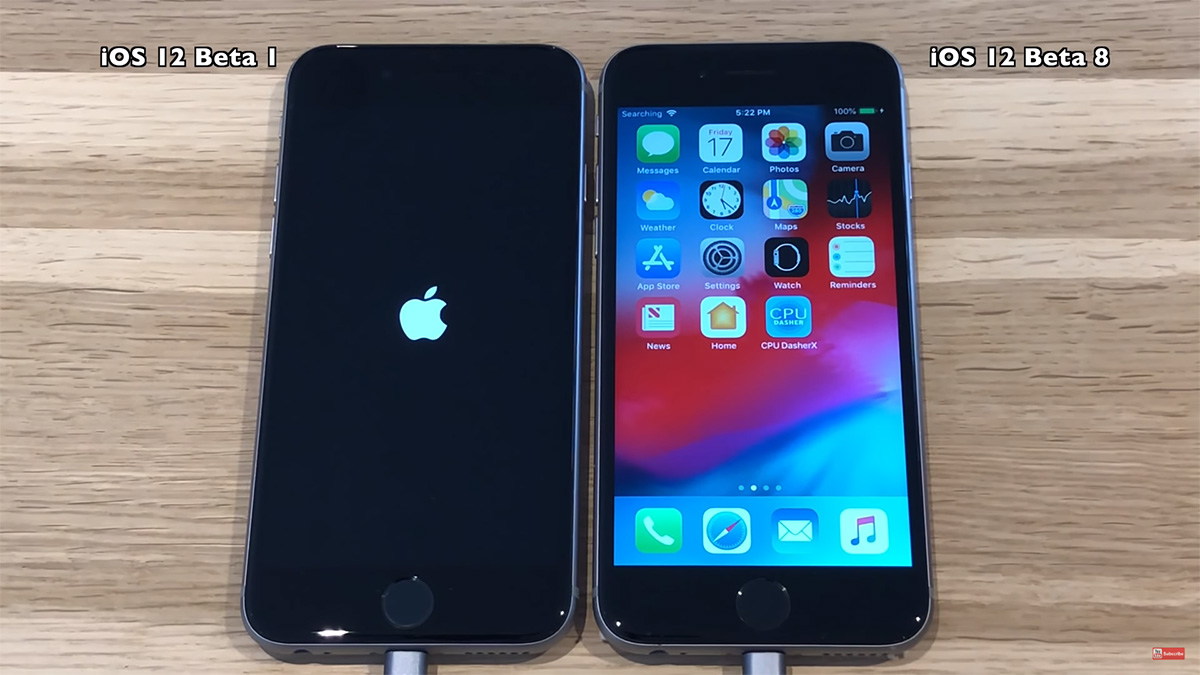 While not all of those changes have been positive, most have. One major negative is undoubtedly the removal of the 32-person FaceTime support that was demonstrated on-stage during WWDC, but that was a recent change to iOS 12. With features coming and going throughout the beta program, what about general performance improvements? Apple made a big deal out of iOS 12 and its ability to run faster on older devices in particular and with initial betas proving to be blazingly fast on all hardware, how have things improved a whole seven beta releases later?

That’s a question the folks over at iAppleBytes were pondering, too.

We are now 8 Beta version in to iOS 12 [sic]. You would think that a lot of progress has been made since Beta 1. For this channel, we look at performance improvements so it is now time to compare iOS 12 Beta 1 vs iOS 12 Beta 8 and see if it has improved in terms of UI smoothness, app launching, and benchmarking since the first beta.

We don’t want to spoil the results for you, so check out the full video and see for yourselves. Just how has iOS 12 performance improved from iOS 12 beta 1 to iOS 12 beta 8?

Okay, we’ll spoil it a bit – things are looking good for iOS 12 if things continue at their current pace!