We’re now days away from Apple’s opening Worldwide Developers Conference (WWDC) keynote rather than weeks. In addition to being the opening of one of the biggest tech conferences in the calendar, it also means that we are days away from getting our first glimpse of iOS 12, but, with that in mind, where does that leave iOS 11.4 final and its public unveiling?

Apple has been testing iOS 11.4 internally and with registered developers and testers for a while now. That testing roadmap has included six pre-release beta seeds finding their way into the hands of the aforementioned testers, resulting in tons of feedback being received by Apple. 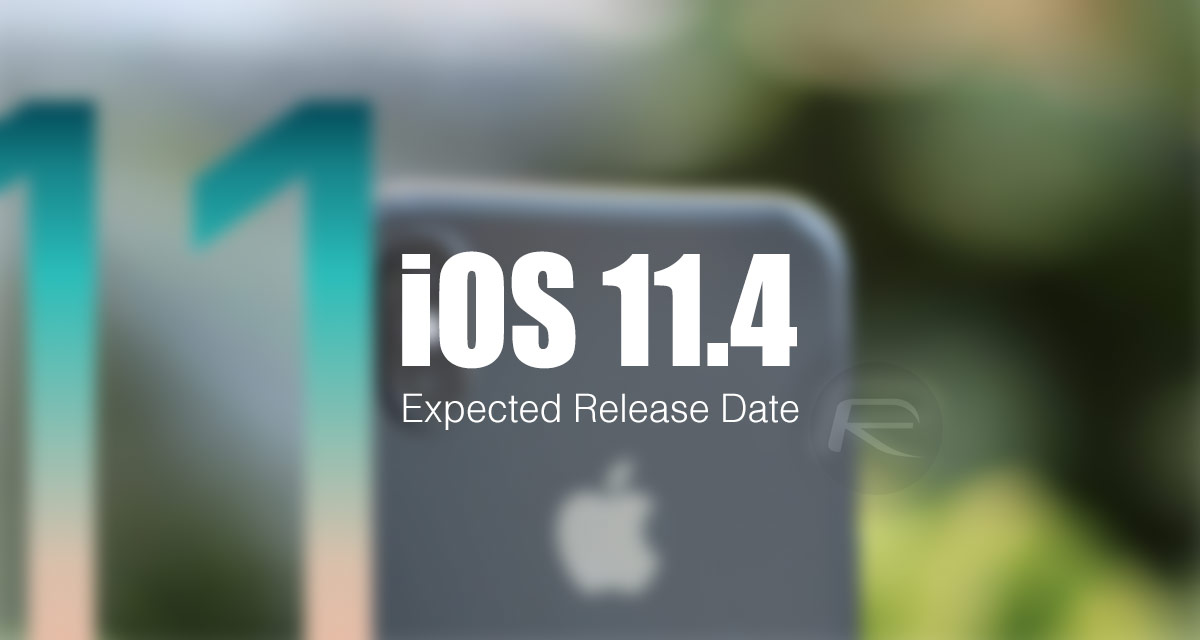 That feedback has been translated by Apple’s internal engineers and turned into a new pre-release seed each time, which, will hopefully put us in a position to get iOS 11.4 on a public level? But, when can the average iPhone and iPad owner expect to receive that update?

Given the fact that WWDC is around the corner, and that it will result in iOS 12 beta 1 being released to developers, as well as the fact that we’ve currently had six pre-release seeds of iOS 11.4 and it’s extremely stable now, we expect Apple to push iOS 11.4 final out into the public domain this coming Tuesday, May 29th.

With iOS 12 beta 1 coming out on June 4th, Apple definitely does not want developers to halve their attention between iOS 11.4 and iOS 12, meaning that it really needs to get that public release out of the way to remove iOS 11.4 from the testing equation. May 29th is also the most likely date for that to happen because May 28th is Memorial Day in United States.

Combine all this with the fact that the beta configuration profile of iOS 11.4 beta has already expired with Apple not posting a renewed profile, it’s pretty much given that final public release is imminent.

Once that release goes live, public owners of iPhone and iPad will be able to head over to the Software Update mechanism in the native Settings app and grab the release immediately. That download will include a host of bug fixes and patches, security enhancements, and even AirPlay 2 and Messages on iCloud functionality.

Once it’s released and in place, it’s then a case of welcoming the iOS 12 madness and watching as registered developers – and ultimately public testers – get to grips with everything that iOS 12 offers.

If you are currently running iOS 11.3.x, and have been waiting patiently for iOS 12, then mark Tuesday, May 29th in your diary as the very likely release date of iOS 11.4 final version.