There are only a few phenomenon right now that can compete with the world of PUBG, although the folks over at Epic Games might argue that Fortnite is on a par with it.

No matter which of the two big software releases you find yourself playing the most, it’s fair to say that both battle royale games are popular, and part of that popularity comes from the constant updates the games receive. 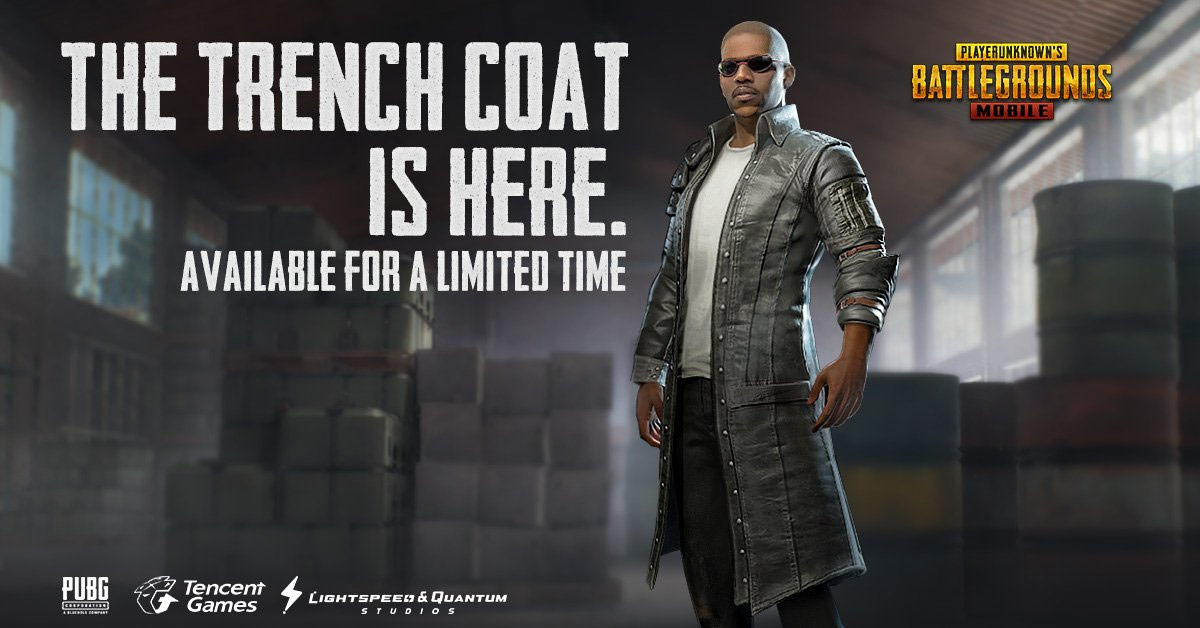 Whether those updates are bringing new game modes, new characters or additional weapons or accessories or just plain old bug fixes, the rate at which both are receiving updates is pretty impressive.

As an example of that, Tencent Games have shared a new addition to PUBG Mobile via the game’s official Twitter account and it’s one that many gamers have been looking forward to.

It doesn’t add anything to the game as such, but it will certainly make gamers look a little snazzier while they go about the business of making sure they are the last player standing. We are, of course, talking about the Trench Coat.

As the game’s makers shared via Twitter earlier that new wearable is available now, although it has to be noted that this is only going to be the case for a limited period of time. We don’t know how long that is going to be, but if you’re one of those who has to have the latest look, even in-game, then you’re going to want to try and get your hands on this sooner rather than later.

We’re big fans of both Fortnite and PUBG, and we know you are too. We’re looking forward to seeing how the two games and their respective developers move through 2018. There has never been a better time to be a fan of battle royale shooters, especially on mobile!