With no iOS 11.2.5 jailbreak in sight and with Apple enticing users to upgrade to iOS 11.2.5 with all new benefits that it brings, are you willing to give up on iOS 11.1.2 jailbreak?

Most consumers know that the smartphone war is continually waged between iOS and Android as far as platforms go. One thing that Tim Cook’s company has always been able to pride itself on is delivering rapid and frequent firmware updates which entice a large percentage of its user base to upgrade almost immediately.

So, with that in mind, and considering the latest public firmware release is iOS 11.2.5, we are asking would you give up a jailbreak on iOS 11.1.2 in favor of being on the most recent firmware and all the benefits that it brings?” Many iPhone and iPad owners have been clinging on to iOS 11.1.2 as it is the latest version of Apple’s mobile platform which can be jailbroken using tools like the Electra. Jailbreaking clearly brings its advantages, such as being able to tweak and modify the device, but Apple has upped the cat and mouse game by introducing certain functionality which is entirely unique to iOS 11.2.5.

With the release of HomePod, Apple is attempting to penetrate yet another market and take on the likes of Amazon, Google, and Sonos with its Siri-powered speaker. 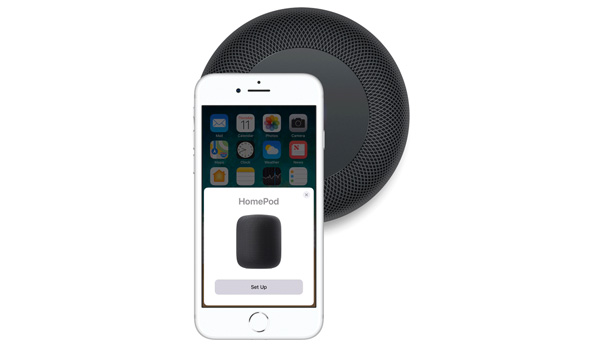 Reviews suggest that the HomePod is blowing people away with its sound quality but from a usability perspective it comes with a bit of a catch for device owners: in order to set it up, it actually requires an iPhone or iPad to be running the latest iOS 11.2.5 version. What this essentially means is that if you are planning to get HomePod, you will have to give up on iOS 11.1.2 in order to take full advantage of it. Additionally, as part of that HomePod experience, Apple has also introduced the brand new Siri News feature which requires iOS 11.2.5 to function. Akin to the Alexa “daily digest,” the new Siri News functionality allows Siri to give up to date news briefings via various sources depending on the country.

iOS 11.2.5 also comes packed with various security and stability enhancements which literally makes it the most advanced version of iOS released yet.

With that said, we do also know that CoolStar is planning on releasing an RC1 build of the Electra jailbreak which comes with Cydia capabilities. And then there’s the fact that popular packages like Anemone and BioProtectX have been updated for iOS 11, which makes jailbreaking an extremely attractive prospect.

So, the question remains, has Apple managed to entice you to move away from iOS 11.1.2 with iOS 11.2.5 and all of its benefits? Or, like a lot of device owners, do you remain loyal to the world of jailbreaking and prefer device liberation over incremental improvements?