Apple appears to be pushing out software releases to the public, as well as pre-release seeds to developers and public testers, faster than most people can actually keep up. It seems like only yesterday that we welcomed the original version of iOS 11 into the public domain. 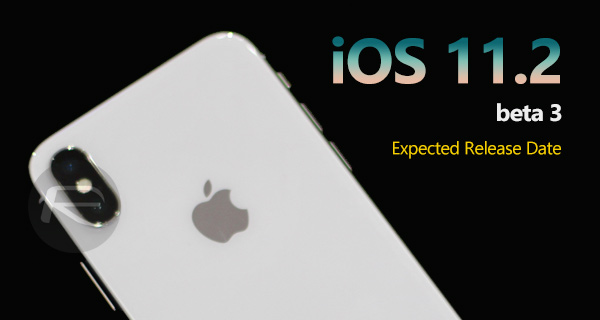 Registered developers and public beta testers are currently sinking their teeth into iOS 11.2 beta 2 and public beta 2. Their job where that platform is concerned is to not only report any issues or bugs back to Apple for its engineers to look at and fix but to also check that their own software works flawlessly with it prior to launch.

That gives developers an opportunity to put any fixes in place in their own apps and have that release ready to support all users who may choose to move across to iOS 11.2 when it is launched. That’s an excellent commitment to progress by Apple, and based on the previous release trends that we have seen, and the fact that beta 2 arrived this past Tuesday, we expect Apple to continue that progress with the launch of iOS 11.2 beta 3 on either Monday, November 13 or Tuesday, November 14.

iOS 11.2 is actually a fairly exciting launch for Apple and consumers. We already know that it introduces the existence of SiriKit for Apple’s brand new HomePod hardware releasing next month. Apple has also introduced the initial beta of Apple Pay Cash, a feature which lets users seamlessly and instantly send money to one another using iMessage and the Apple Play payments platform. That feature is something which has been talked about quite heavily ever since Apple introduced iOS 11 at this year’s WWDC.

Of course, there is also a large selection of bug fixes and security patches which will hopefully make iOS 11.2 the most secure version of iOS yet.

When we see Apple’s commitment to the iOS roadmap, we can’t help but think of Sir Jony Ives recent interview comments where he references the fluidity and growing nature of iPhone X through software. You get the feeling that this is only the beginning of iOS and iPhone X as a partnership.