When Apple announced the new 10.5-inch and 12.9-inch iPad Pro back in June, there was some mention of both displays being capable of HDR playback, but that was about as far as things went and no real explanation was given as to what that actually meant.

Fast forward to Apple’s media event on Tuesday, during which a new 4K-capable Apple TV was announced, complete with HDR support, and things started to perhaps make a little more sense. With iTunes now supporting 4K movies with HDR thrown in, was it possible that the iPad Pros would be able to play that content back?

Well, as it turns, out that is exactly what they can do, though there is one minor caveat – they need to have iOS 11 installed. Apple made absolutely no mention of the iPad Pro being able to play HDR content when it announced 4K HDR movies will be coming to the Apple TV 4K and that does make a modicum of sense considering there was no Apple TV hardware being announced, but the good news is that the movies that are being made available as a result of that Apple TV refresh will work just fine on an iPad Pro, assuming the latter has updated to iOS 11.

The public release of the updated software is scheduled for September 19, but if you are either a developer or part of the public beta program, then you can install the Golden Master release right now. If you do, you will notice a new “Download HDR Videos” switch hidden away in the Video/TV > iTunes Videos portion of the Settings app. Flick that on and boom, you’re off to the races. 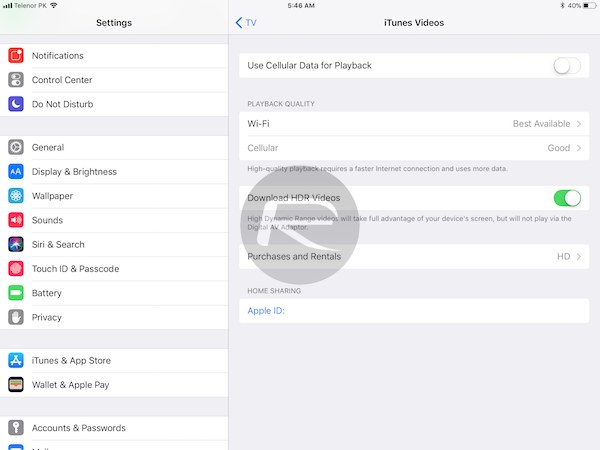 However, while the movies you download will indeed be HDR (both Dolby Vision and HDR10 are supported), they will not be 4K, which is a little disappointing. Granted, the iPad Pro – in both sizes – is lacking a 4K display, but the resolution of the displays they do have is greater than 1080p, meaning the higher resolution 4K content would at least benefit the devices in some way. Alas, 1080p HDR is what we will have to live with, and we are told that it looks great anyway. We’ll take that! 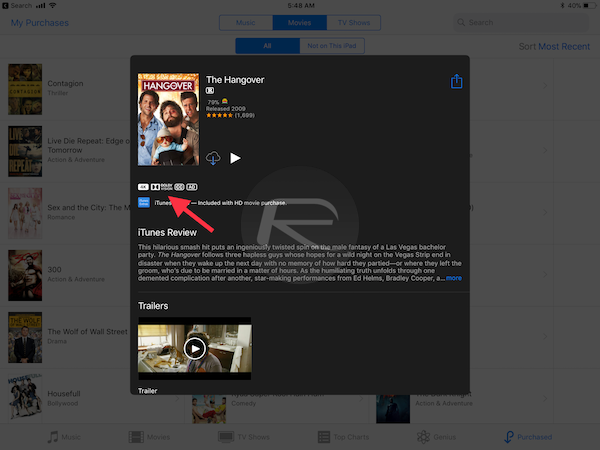 If you want to give this a try and you have an iPad Pro running iOS 11, then you may not even have to buy any new movies. Apple announced during its event that any 1080p versions of your content that also have a 4K option will automatically be substituted for the higher resolution option free of cost.