Those invested developers who are eagerly putting iOS 11 through its paces are now in possession of the fourth developer beta. Similarly, those who are registered with the Apple Beta Software Program program, the public beta 3 build is now available, which is essentially the exact same iOS 11 build as the 4th developer seed. 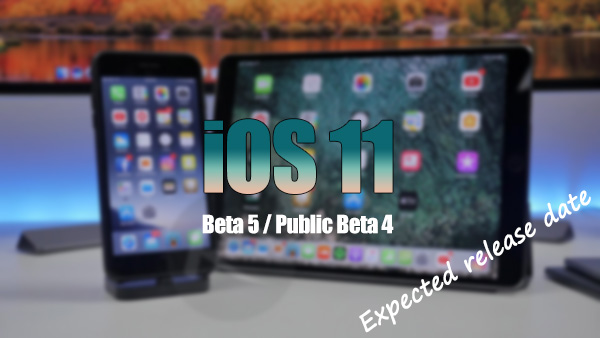 Testers will be happily testing that software in accordance with Apple’s requirements, but also secretly wondering when Apple’s next iOS 11 beta build will be released? One of the things about Apple from a software testing perspective is that the company is extremely open when it comes to delivering new versions of firmware in beta. Typically speaking, Apple looks to get the latest and updated versions of seeded software into the hands of as many people as possible as often as it is possible for the company.

This not only keeps the testing pool wide and diverse but also ensures that bugs and issues are being reported back to the company on a regular basis.

So, when can developers and public testers actually expect the next beta to land on their devices? Given that Apple has been fairly loyal to a two-week release commitment, so going by that we can expect to see iOS 11 developer beta 5 to drop as an update on Monday, August 7th. That would instantly give developers the opportunity to get to grips with the latest changes, additions, improvements, and refinements in the build. As for those on Apple Beta Software Program, the public beta 4 seed would land the next day on Tuesday, August 8th.

As you may already know by now, they both will essentially be the exact same builds, just pulled from different developer branches internally, and served to different groups of testers on different days.

It’s also highly exciting that we are getting to the stage in the process where we are starting to see wholesale changes and improvements taking place in order to get the platform ready for its public debut sometimes during the month of September alongside the much anticipated debut of iPhone 8.

As always, our predictions and estimations are not always entirely guaranteed to be accurate or true to the actual release process but are based on the previous beta releases by Apple as well as what we feel the release cycle will be.