Subscribers to the Verizon network who have taken the opportunity to install Apple’s latest iOS 10.3 beta 1 – released yesterday – have discovered a new option for integrated calling on their iPhones.

It seems that with iOS 10.3, Verizon will be fully supporting the ability to allow Wi-Fi Calling on other iCloud-enabled devices linked to the same account to take over an incoming telephone call received on the Verizon hardware running iOS 10.3. 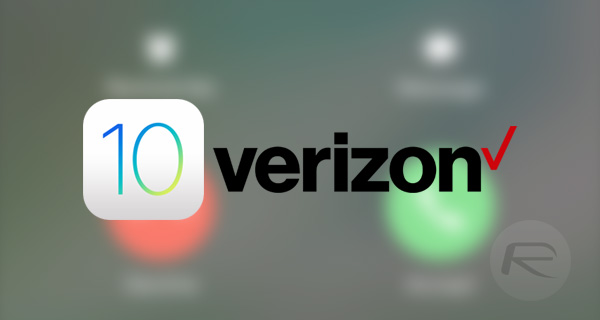 One of the great things about the feature is that it offers flexibility to users, and means that hardware owners literally do not need to be in possession of their iPhone when an incoming Wi-Fi call is received. As long as the “Allow Calls on Other Devices” toggle is switched to the On position, and the individual devices signed-in with the same iCloud account are selected from the list of devices, then the incoming call can be seamlessly transferred across to that device.

It takes lazy to a whole new level by simply being able to accept a call on the closest device to hand. The feature is not only extremely handy, but is also compatible with iPad, iPod touch, Apple Watch, iPhone, and even most Macs that were manufactured during 2012 or later.

So yes, that means you can actually take an incoming Wi-Fi call on your Mac or Apple Watch if your iPhone is nowhere to be found, and this latest change means that Verizon subscribers should be able to benefit from the feature in its entirety very soon when Apple ultimately drops iOS 10.3 to the public.

More so, the devices must use the same Apple ID as the one receiving the incoming call, but don’t necessarily have to be on the same Wi-Fi network, or even powered on. 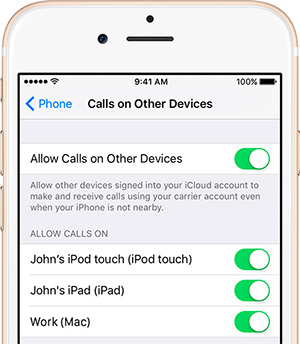 A number of networks in the United States, and globally, already support this type of experience, such as AT&T, Sprint, and T-Mobile, with Verizon having been the only major player in the U.S. that actually held off from implementing the functionality, for one reason or another. However, the integration is bound to remove some frustration from Verizon subscribers, which has been understandable considering even smaller carriers like MetroPCS and Simple Mobile already offer this alongside the big boys.

The experience will likely be hit-and-miss on the iOS 10.3 beta, but it should be right where it needs to be come game time.