As predicted, Apple has now made available to download iOS 10.3 beta 1 to those iPhone and iPad individuals registered on the Apple Developer Program.

The release kicks of the new year with a bang, and follows hot on the heels of the release of iOS 10.2.1. The first iOS 10.3 beta seed can now be downloaded and installed on compatible iPhone, iPad, and iPod touch hardware for those with the necessary account privileges. 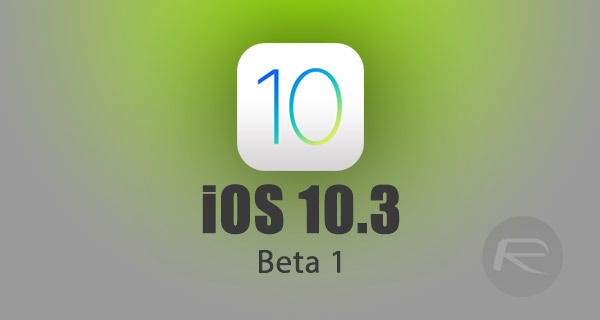 One of the interesting things to note here is not so much the release of iOS 10.3 beta 1, but the fact that Apple is becoming extremely prolific with the release of in-development versions of its mobile software. Some of those seeds are simply very minor point-updates which are put in place to fix security loopholes or eradicate bugs, whereas others, like this iOS 10.3 release, are actually put forward to the testing community to interact with and test out new features and functionality that look to push the iOS platform forward.

As previously reported, iOS 10.3 contains all of the usual bug fixes and improvements that you would expect from an iOS pre-release seed. But with this being a major release in mid lifecycle of iOS 10.x, it also contains new features. There is the inclusion of the new “Find My AirPods” feature as well.

Besides this addition, there are of course other new features as well. We are going to have them covered shortly in a separate post. Stay tuned for that!

As always, this latest beta of iOS is available to downloaded immediately for those registered on Apple’s Developer Program, and who have a compatible iPhone, iPad, or iPod touch device. If that device has a beta configuration profile installed, then the firmware will be showing up as an over-the-air update via the Software Update (Settings > General > Software Update) mechanism in the Settings app. For those new to this, IPSW file of iOS 10.3 can also be directly downloaded from Apple’s developer portal for doing clean install via iTunes. 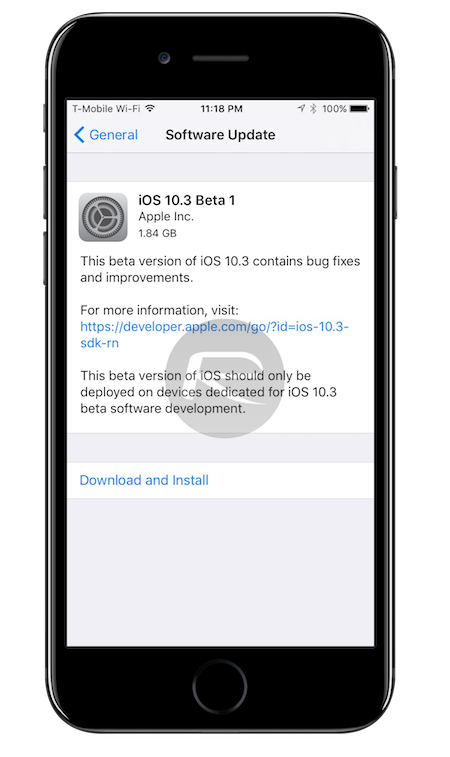 As mentioned earlier, we’re still in the process of actually investigating this latest release, meaning that we are yet to ascertain every single new inclusion. As soon as we get to the bottom of everything that Apple has brought to the table with iOS 10.3 beta 1, we will let you know. Stay tuned.

Update x2: Detailed look at all the new features included in iOS 10.3 beta 1 seed: iOS 10.3 Beta 1: All Changes And New Features In One Place.