The release of macOS 10.12.4 beta 1 and tvOS 10.2 beta 1 follows hot on the heels of iOS 10.3 beta 1 release for iPhone, iPad and iPod touch devices. All new beta releases today not only signifies the continuation of all these platforms, but also allows those with developer credentials to get instant access to the latest pre-release seeds of said platforms for testing and development purposes. 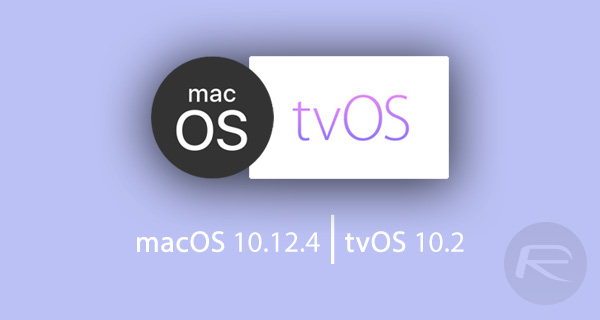 As is generally the Apple way with pre-release seeds, there’s no real accompanying information with the release, or significant release notes that give us clarity on what is included. In addition to the usual, and expected, bug fixes, performance improvements, and general platform enhancements, beta 1 of macOS 10.12.4 includes a new Night Shift mode, similar to what has already been introduced into iOS. That feature has been integrated to allow Mac owners to automatically have their display shifted to the warmer end of the spectrum when night time approaches in order to make it more comfortable viewing for their eyes.

The release also sits alongside iOS 10.3, which means that there’s actually likely to be a number of additional improvements that have been brought into play to work on conjunction with an enhancements in Apple’s mobile firmware. As always, when more becomes apparent, we will bring it straight to you. For now, anyone with a previous pre-release seed installed on the Mac is able to grab the latest beta now from the Mac App Store as an over-the-air update.

Apple’s tvOS platform, and the hardware that sits with it for that matter, is one of the most exciting and fastest developing of Apple’s propositions in the consumer market. The fourth-generation Apple TV is likely due for a refresh soon, but it’s amazing to see just how much tvOS has developed since it was announced. This latest release, beta 1 of tvOS 10.2, continues that development, but at this early stage it’s very difficult to know exactly how or what it brings to the table. Those with an Apple TV can expect the usual bug fixes and performance enhancements, but when we find out exactly what new features or functionality are on offer we all let you know.

Those with an Apple TV 4 can connect it to their computer with a USB-C to USB-A cable, download the installation file from developer.apple.com, and install it directly to the device using iTunes.