Well-respected, and highly inquisitive developer Steven Troughton-Smith has once again delved deep into the internals of the latest iOS 10.3 beta, and has once again returned to the surface armed with information which Apple has been keen to abstract away from end-users.

Apple released iOS 10.3 beta 1 to registered developers only yesterday, with Smith taking the opportunity to look at what Apple has included, but more importantly what the company has included but chosen to hide away, and has found evidence of the existence of a one-handed floating keyboard designed for iPad. 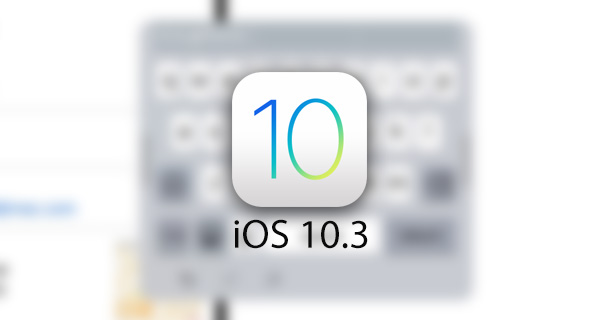 After digging into the iOS 10.3 beta 1 codebase, Smith has come out armed with knowledge about this floating keyboard experience. According to the developer, the keyboard, when activated, would be aimed at augmenting the experience of those who own an iPad 9.7-inch or smaller, meaning it immediately rules out those with a 12.9-inch iPad Pro, for one reason or another.

Additionally, it appears that the keyboard will function in a similar fashion to how Picture-in-Picture mode works for video, with the user able to move the keyboard around to different positions on screen. Equally exciting is the discovery of gestures which lets you “swipe left/right on any key to backspace or space”. Smith also shows that the trackpad feature still works in that floating mode, though the entire experience is a “fiddly” one at best.

Before we all go getting excited about the possibilities of becoming one-handed floating widget typing experts it’s worth reiterating that this floating keyboard is accessed via what is currently a private API in the iOS 10.3 codebase, which even took Smith a while to find and expose using the iOS Simulator via Xcode. 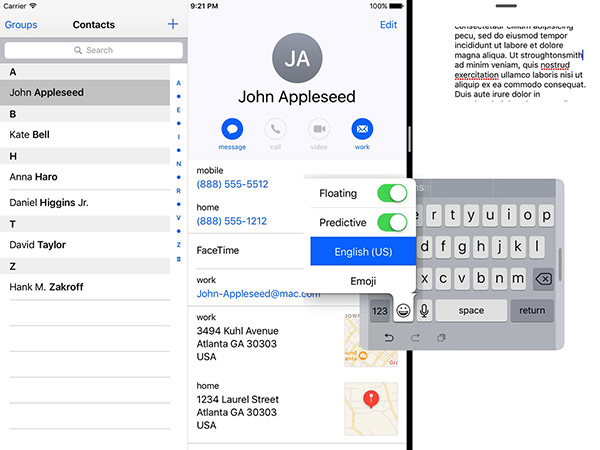 However, if we look at it logically, then it’s likely that Apple could ultimately end up exposing the experience to the world when the speculated new iPad range ships later this year. Whether or not users will actually make use of it, or see the current input mechanism on iPad as flawed or broken, is another question and discussion altogether.

And this is iPad’s floating keyboard. Both of these are kinda fiddly and awkward and it’s not hard to see why they didn’t ship as-is pic.twitter.com/YB1q18ei2w

The question really is; are you excited by the prospect of this being publicly available in user-facing apps that require input on a 9.7-inch or smaller iPad? And is the implementation something that you would actually use? From Troughton-Smith’s tweets and the images and video clips shared, it looks as though the keyboard is very much taken directly from an iPhone, and therefore, in my opinion, looks a little out of place with hit points and touch targets that would feel a little too small on an iPad.

Update x1: It now seems like this dates back to iOS 10.0, and they are two such keyboards hidden for iPad, with one being the aforementioned floating keyboard and second being gestural keyboard.

This is iPad’s gestural keyboard (similar to Playgrounds’ programmer one). You can swipe left/right on any key to backspace or space pic.twitter.com/jaskd0EEEh