With the launch of two new iPhones commanding virtually every column inch in the blogosphere, it’s easy to forget that this week has also seen the release of the fastest-selling game of all time in Rockstar Games’ Grand Theft Auto 5.

Having grossed some $800 million mark in its first 24 hours alone, then the billion mark in 72 hours, the sought-after title has smashed the previous sales records by a considerable distance, and while many turned out to grab the new flagship Apple gadget, plenty will have stayed indoors and immersed themselves in arguably the richest and most in-depth gaming experience of all time. But while even the outgoing Xbox 360 and PlayStation 3 can still churn out a fairly decent performance for this year’s most eagerly anticipated title, the consoles of yesterday weren’t quite built for the demands of graphically-intensive 3D gaming. This hasn’t stopped the guys at Machinima offering a taste of what GTA 5 might have looked like if it was released in 1991 in 16-bit on a SNES, however, so if you’re an old-school nostalgic type, you’ll certainly enjoy the video below. 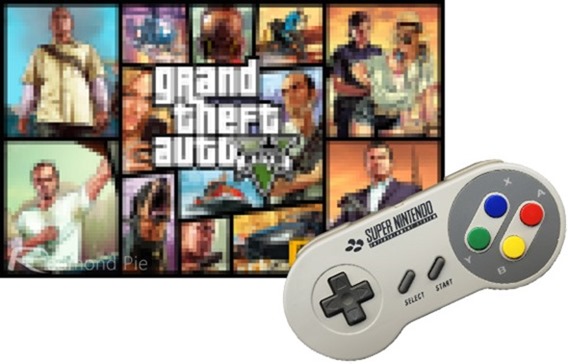 As Take Two Interactive, parent company of Rockstar Games rightly pointed out in its reaction to those sales figures, the long-time overseer of the GTA series has really outdone itself with the release of Grand Theft Auto 5. The title was initially set to hit the market early on in the spring of this year, but was pushed back by several months – much to the dismay of many anxious gamers. But Rockstar assured us that the game would be better for it, and with barely a soul stepping out to criticize the experience yet, it looks as though the company has delivered on its promise.

Seeing 16-bit designs always takes long-time gamers back to the eighties and nineties, when 16-bit was considered the standard. Many games flourished during those two decades in particular, and this attempt to take GTA 5 back to that era makes for a very intriguing result. 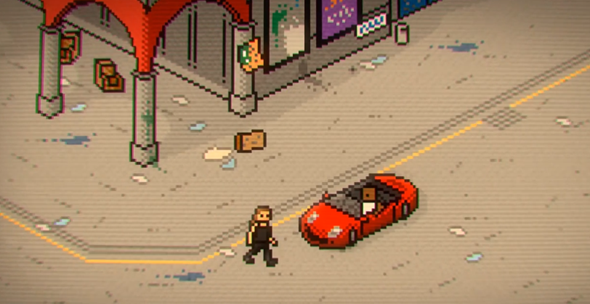 As you will see in the video clip embedded below, it’s a far cry from the crisp, smooth, and perhaps unprecedented aesthetic experience of the real game itself, but it does have us wondering how popular it might have been if released on the SNES all those years ago: