Huawei CEO Seen With An iPad At Airport Security Line

The battle between Huawei and Apple comes down to who can sell the most phones, so the news that the Chinese firm’s CEO uses an iPad shouldn’t be all that surprising, but here we are.

Social media lit up today with a photo of Huawei CEO Ren Zhengfei at an airport security line. And yes, he’s using an iPad. That, apparently, is shocking news to everyone. Why, we’re not really sure.

The CEO has previously told the press that his children prefer to use Apple products rather than Huawei’s own. He also said that he buys them iPhones, too. Now if only Android and iPhone fans would be as open minded as this CEO!

We doubt anyone really cares that Huawei’s CEO is using an iPad, especially considering the fact that the tablet is already far and away the most popular tablet for the majority of people. Why wouldn’t he be using an iPad?

Of course, whether there’s likely to be any repercussions for the CEO is unclear. Huawei famously caught two employees tweeting form an iPhone previously. The result? Both saw their salaries reduced and had to suffer being demoted, too. 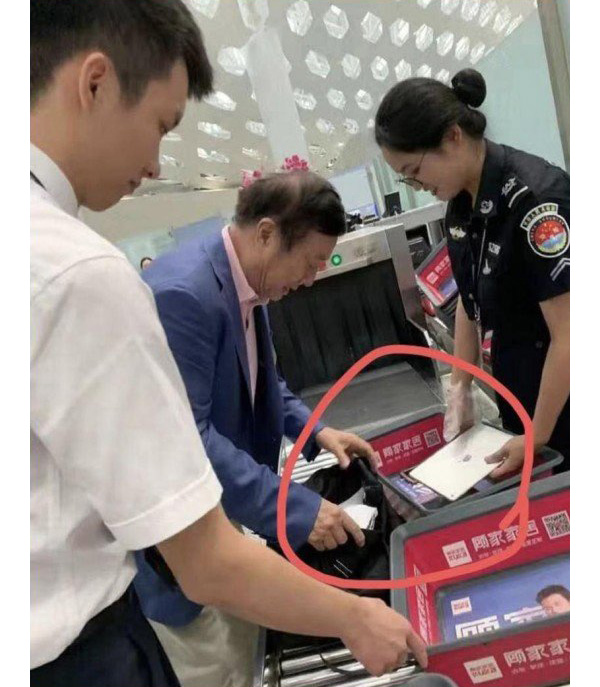