The tablet market has, up until recently, been pretty one dimensional, but now it’s emerging into a battle fought on several different fronts. The original iPad first arrived in 2010, and having tried to emulate its success by essentially emulating its design, competitors have taken revised approaches. As well as the smaller tablet (see Google-ASUS Nexus 7), there’s now a Microsoft-lead push for so-called hybrid devices – tablets which can also double up as notebooks and ultrabooks with attachable keyboards.

The Microsoft Surface was the first, but Samsung, Sony and now HP are just a few of the many vendors whom view the hybrid format as the future. After the fall of webOS, HP will be hoping the buzz surrounding Windows 8 will convince consumers to consider its upcoming Envy x2 a hybrid PC, but looking at it, perhaps not: 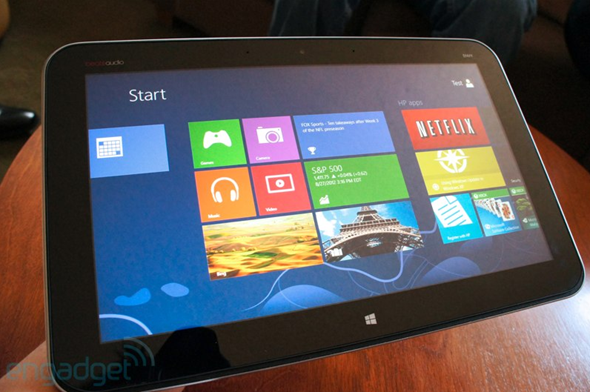 Now, whilst it remains to be seen whether consumers want a touchscreen with a keyboard and stylus, at least the offerings we’ve seen thus far have been aesthetically pleasing. Whilst I’ll stop short of branding the Envy X2 as ugly, it does appear to vaguely represent a bulky, netbook-MacBook Air cross, and certainly doesn’t come close to the slickness of the Surface or the VAIO Duo 11 Sony unveiled yesterday. 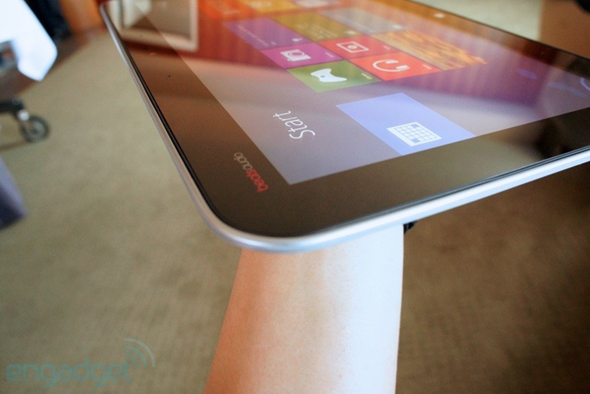 It packs in an 11.6-inch screen which can, as you’d imagine, be used as a separate Windows 8 tablet. In terms of hardware, we’ve still much to learn, although it will run on an Intel Atom Clover Trail processor whilst packing in NFC, a 32 or 64GB SSD, and the optional stylus. The tablet part weighs 1.5 pounds, but with the keyboard, that doubles to 3 pounds, rendering it a pretty sizeable customer. 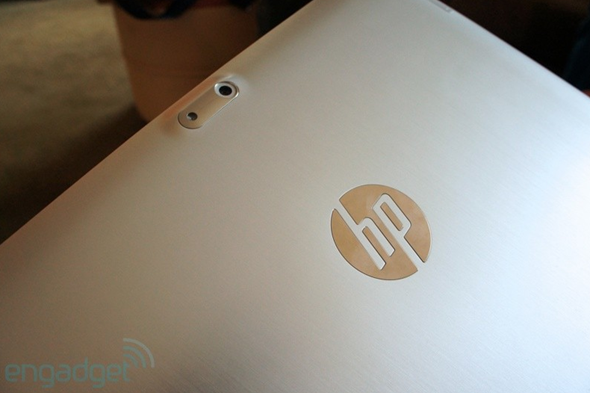 There’s an HD webcam on the front and an 8-megapixel snapper on the rear, while sound is aided by Beats Audio. The display will be a 1366 x 768 resolution affair (same as 11-inch MacBook Air), and although it is touch-operated, there’s also a touchpad on the keyboard, as you would get with a normal notebook. 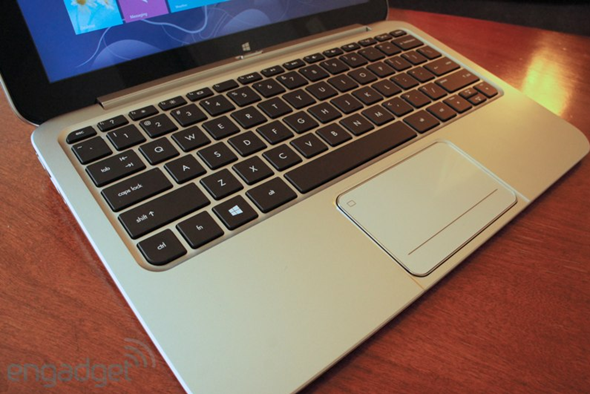 Nothing has been revealed with regards to pricing or availability, although HP aims to get everything ready for the holiday season. With so many other offerings on the table for consumers, it will be intriguing to see whether the Envy X2 manages to get a look-in.