The Moto 360, which is currently only compatible with Android, is arguably one of the most popular Android Wear devices on the market, and also the one that could potentially compete with the Apple Watch, once iPhone support for the device lands later this year. But till the official support arrives, here’s how you can use the Moto 360 on your iPhone right now unofficially, without the process of hacking anything or even jailbreaking your iPhone.

We’ve already heard that Google is working to bring Android Wear support to iPhone. We aren’t sure if this progression was already on the company’s agenda or if it is a move in direct response to the launch of the Apple Watch as a way of attempting to claw back some of the smartwatch market. What we do know however, is that Google will definitely bring iPhone support for Android Wear some time later this year, but worry not, as this newly surfaced video will show you how you can get your Moto 360 connected to an iPhone or iPad right now – albeit with certain limitations and requirements. 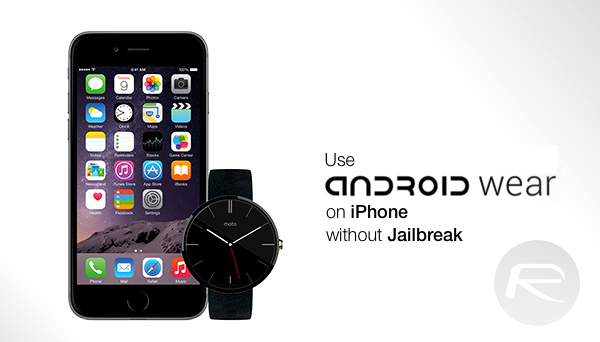 It’s worth pointing out that connecting Motorola’s popular smartwatch to an iPhone or iPad isn’t as seamless as it would be when compared to using it on an officially supported Android device. Unfortunately, as the creator of the video hosted on YouTube points out, the process is prone to failure due to the reliability of the apps involved in the pairing. If the connection process does indeed fail it’s simply a case of trying over thing over and over again until everything works seamlessly. In short: just don’t go out buying a Moto 360 just yet thinking that it would just work on your iOS device. Lastly, functionality is expectedly limited, like you can’t send text replies back directly from the watch. Everything else however, should just work, as the creator of the video points out: “HOWEVER, mostly everything should work, such as notifications, answering/declining calls, and the apps on the moto 360 itself should work without a problem. However, at this time, you cannot send messages from the moto 360 itself.” 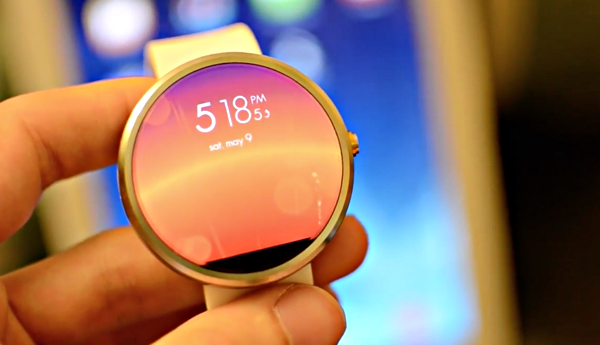 Connect your Moto 360 to an Android device first, and follow the steps outlined below:

Step 1: Download ‘Wear Connect for iOS’ (from here) on your Android smartphone.

Step 2: On your Moto 360 launch the Wear Connect app and then turn on iOS Service. Keep in mind that this will disconnect your Moto 360 from your Android device, so don’t be alarmed.

Step 3: Swipe left on the ‘Disconnected’ notification on your Moto 360 and you’ll be presented with a bunch of steps on how to connect your device with your iPhone or iPad.

Step 3: On your iOS device, download ‘BLE Utility’ (from here) and install it.

Step 4: Launch BLE Utility on your iOS device and then tap on the Peripheral tab at the bottom.

Step 5: Tap on the Menu option on your Moto 360, after which you’ll be prompted to enter a PIN number to connect. Do everything as prompted, and your Android Wear smartwatch will pair with your iOS device.

For more detailed instructions, check out the embedded video below.