Android Wear For iPhone Is Almost Ready For Launch

Smartwatches are all the rage right now, and with Apple entering the fray with its Apple Watch in the next couple of weeks, all eyes are where the market will take us. Google has already been playing in the space for a while now, and Android Wear has proven mildly popular while not quite reaching the heights that many may have hoped.

The problem with Android Wear, at least according to those with iPhones, is that it doesn’t support Apple’s hardware. We’ve already seen a developer picking at Android Wear and finding that it can actually be forced to work with iOS in some capacity and there is even iOS-like code hidden within the latest builds of Android, but that’s not the same as official support. According to a new report though, that may be on the horizon.

It has been rumored for a while that Google is working on brining Android Wear compatibility to iOS. And now in an exclusive for The Verge, it is being claimed that Google is close to releasing a companion app that would allow iPhones and smartwatches like the LG G Watch R to talk to each other. According to the source, Android Wear apparently works just fine with iOS notifications, though some work may still be needed in order to get more advanced features ready for primetime. Support for Google apps such as Gmail should be on the cards, too.

While the Apple Watch is on the horizon, Google’s hardware partners have had a couple of years of development time which could ensure improvements over Apple’s first smartwatch in the coming months. While nobody knows what kind of release cycle Apple Watch is going to stick to, it may find itself outpaced in any smartwatch hardware race that kicks off. 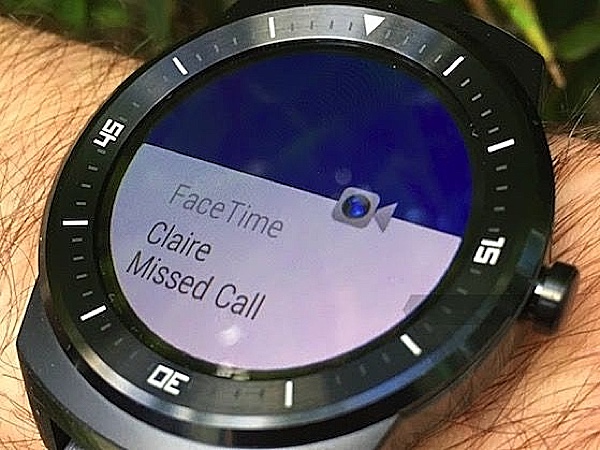 Of course the biggest problem here may not be getting it to work but rather getting it past Apple’s app review personnel. Apps mentioning Android have had trouble staying on the App Store in the past, and Android Wear may just hit all the right buttons to get rejected.

We’re suspecting that Google would use its I/O conference as a platform to make such an announcement this year, but before that, everything is pure speculation at best.

Are you excited by Android Wear compatibility coming to iOS? Or do you think with Apple Watch releasing this month, it’s too little too late for Google?