Mophie has just expanded its Space Pack lineup of cases to the iPhone 6, iPhone 6 Plus and iPad mini. The cases in question not only provide extra battery juice for the aforementioned devices, but offer up to 128GB of additional storage space. More information to follow, right after the break. 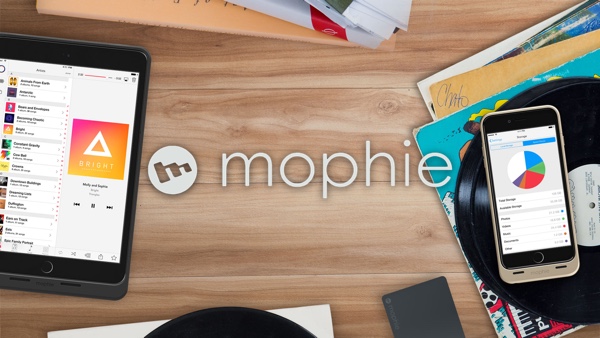 The bulky Space Pack case can fit around your device and slot itself into place using the existing Lightning port. The case itself has a micro-USB port built right into it on the bottom edge which is used for charging the built-in battery as well as connecting it to a PC or Mac for accessing the storage. As is the case with most Mophie cases, users can simply flip the switch to start feeding battery juice into the iOS device which will continue charging the device as you use it, and once it runs out, the iPhone, iPad will switch back to using its own battery power.

However, what’s more striking in the Space Pack is the 128GB of extra storage. Given Apple’s take on third parties accessing the device’s storage, there are restrictions in place that make the entire experience a tricky one at best. You may have 128GB at your disposal, but to access the content stored in there users will have to go through Mophie’s Space app, which luckily is being updated to make the whole experience much easier than before. However, if you were looking to play your favorite music stashed in the Space Pack using the native Music app, then you’re out of luck. 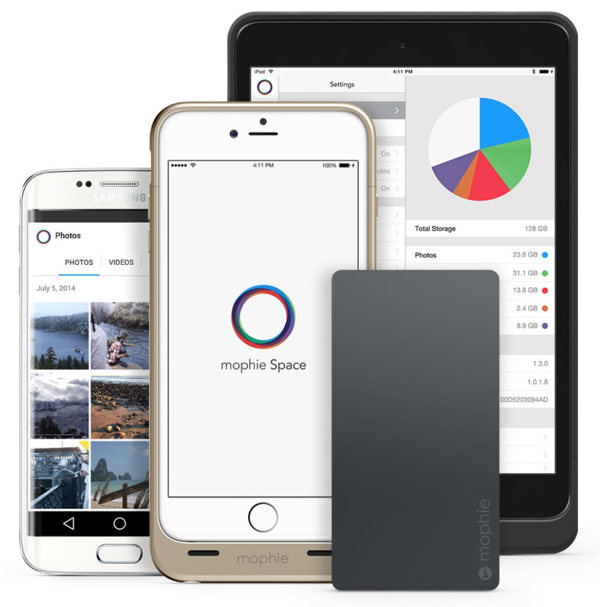 Mophie has also released a standalone static Spacestation as well, which is perfect for people who don’t want to carry a bulky case with them.