Google is working on Android Wear iOS app for iPhone and iPad compatibility, making its smartwatch platform work fully with Apple’s iOS. More details on the matter can be found here.

This development is possibly one of the biggest news to surface ahead of the Apple Watch release in April, as the Cupertino giant prepares to announce the various features of its smartwatch at its ‘Spring forward’ media event on the 9th of March. The report comes in from a French technology publishing, which talks about Google’s intention on announcing this development at its I/O developer conference in late May, where the one month gap would give the search engine giant some time to analyze the sales of the Apple Watch, which could affect its take on the matter.

There has already been a slight low key development in this regard on the third-party front, where an Android developer was able to get his iPhone to push notifications to a Moto 360 smartwatch over Bluetooth LE. Interestingly, the iPhone does not need to be jailbroken, and the Moto 360 was just running a mere APK to make the magic happen, which leads us to believe that Google can actually pull this off without much fuss.

Where the likes of Moto 360, LG G Watch, Samsung Gear Live, and the newly introduced LG Watch Urbane are exclusive to Android devices only, this leaves out Google from tapping into a huge portion of the market which involves iPhone and iPad users. An Android Wear app on the App Store will give iOS users plenty of flexibility when choosing the right smartwatch for their needs. This will also allow existing users of Android Wear powered smartwatches to not get trapped with the choice of Android phones alone. 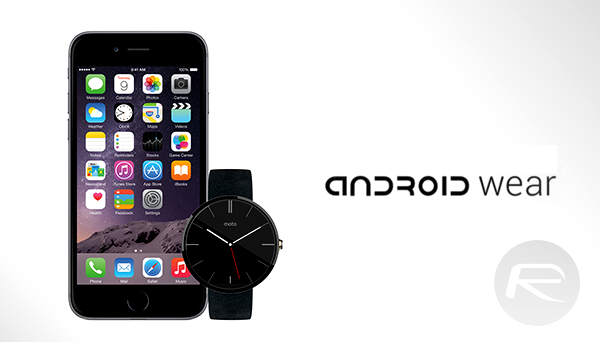 While we cannot confirm the authenticity of this news, there is no reason to doubt that Google has always been more open about cross-platform compatibility compared to Apple which has only just started to show some signs of generosity.