Connect iPad As Second Monitor For Windows PC, Here’s How

Looking to put your old iPad to some good use? While the idea of using an iPad with a Mac as second display has been explored and proven, Windows has since been left out of this merry little club. Duet Display, the app that made it super easy to pair up your iPad with your Mac for a dual-display setup, is now available for Windows as well.

With support for Windows being added, the developers are giving all iOS users a 40% discount for a limited period as they celebrate the Windows compatible launch. As was the case with the Mac app, the Windows app is also available for free, although you have to shell out money for the iPad side of the app. 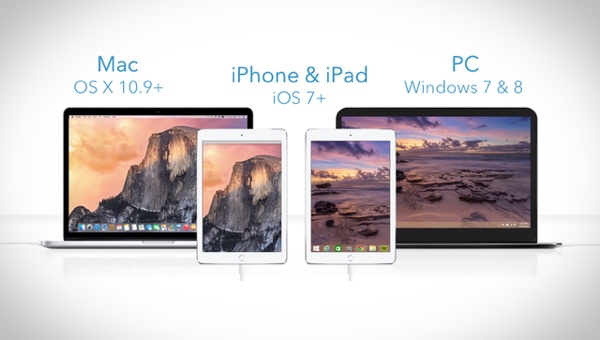 Duet Display has been developed by a team of ex-Apple engineers, and has been powering Macs and iPads for a few months now since its release back in December of last year, with very smooth performance from the get-go. Setting up Duet Display for Windows works the same way as it did with a Mac: connecting the two machines via the USB to Lightning cable.

Unlike the Mac, Windows will detect the iPad as a generic plug-and-play monitor which means display resolution on the iPad will be limited to 1024 x 768 which is not that great really, especially if you were planning on watching some HD videos on the side. Other than this, the app has the same functions to offer as on the Mac, with users being able to use the touch-screen on the iPad to interact with the Windows environment. The app is also compatible with iPhones as well, as long as you have one running iOS 7 or above.

While Duet Display officially supports Windows 7 and 8, there are reports of the app working just fine with the Windows 10 preview as well for now, but we can only be sure once the OS is released this summer.

Download Duet Display from the link below and let us know how it fares for you in the comments section.

(Download: Duet Display for iOS on the App Store)