The fact that, some time ago, Facebook decided to separate the Messenger segment of its service into a standalone mobile app wasn’t too much of an issue when it initially went down. After all, users could still easily continue to communicate using the official app, and the Facebook Messenger app was a convenient service dedicated to IM only. However, as users have noticed over the past couple of months, Facebook for iOS and Android is now a message-free zone, which, aside from being inconvenient, seems a tad unnecessary. Luckily, there’s a way to circumvent the limitation, and whether you’re rocking Facebook Messenger for Apple’s iOS or Google’s Android platform, you’ll find a fairly simple workaround below.

Nowadays, if you download Facebook from the App Store or Google Play Store and want to send a quick private message to a buddy, you’re simply forced to download Facebook Messenger. Sure, you only have to do this once, but the fact that you’re continually jumping in and out of apps presents something of a merry-go-round – only without the merriness. 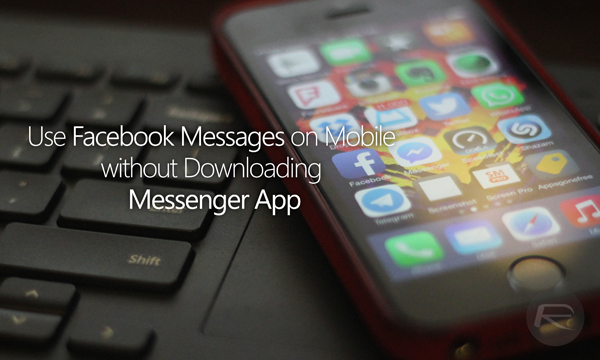 Firstly, we’ll cover the steps that’ll allow you to send messages on iOS without having to partake in this charade, and below that, we’ll also run through a workaround encompassing Android users as well.

Please note, that while the iOS tutorial is jailbreak-only, those who don’t wish to jailbreak should check the second tutorial, which doesn’t require the break.

This is a more permanent solution for those who want to use the standard Facebook app to deliver messages.

Step 1: Fire up Cydia on your home screen.

Step 2: Under the Sources tab, navigate to the BigBoss repository, which should be among your defaults.

Step 4: Finally, respring your device, and from then on, you’ll be able to use the Facebook app to send messages just as you always have.

This tutorial is a little simpler for all, but it does forego using the Facebook app as such.

Step 1: Fire up your device’s browser, and enter: www.facebook.com

Step 2: At the top of the UI towards the center, you’ll see the messages icon. 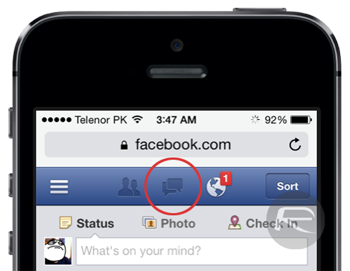 Step 3: Tap on it, and you can proceed as you were. 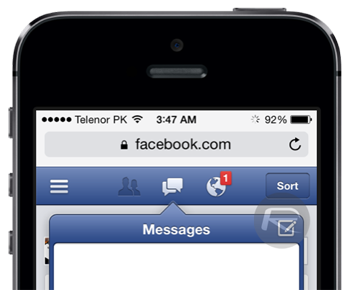 Sure, using the Web app is far from ideal, but at least you can rest assured in the knowledge that the feature will never leave the mobile site.